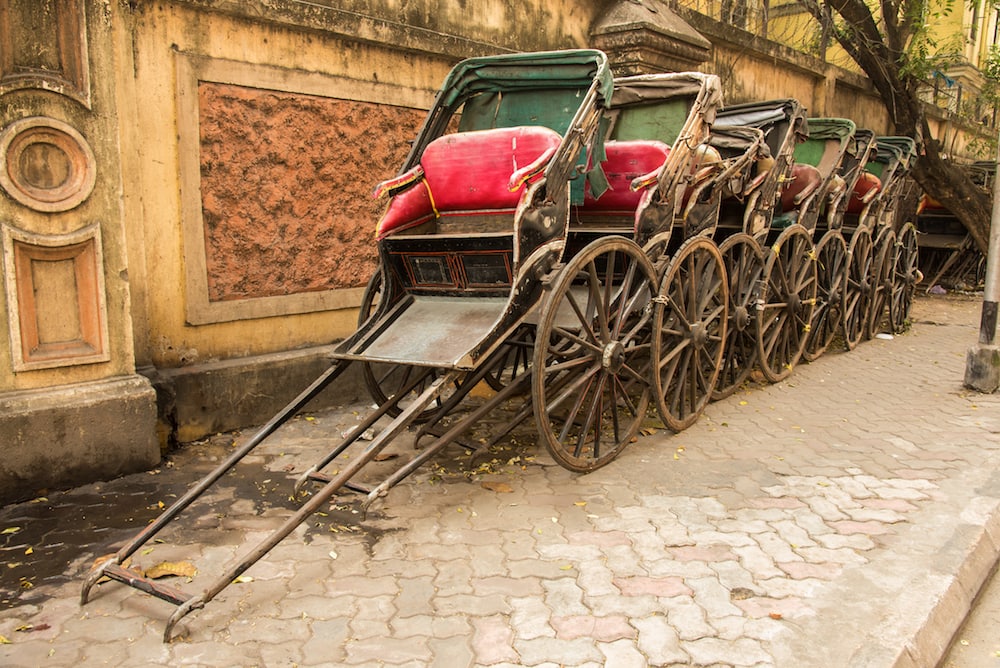 It’s no secret that India can be a little overwhelming. Wherever you visit, very evident signs of poverty are likely to be in your face, making responsible travel in India all the more important. Many travellers feel compelled to help, but it’s not always that straight forward. After several months of travelling here (one of us) and living here (the other of us), here are our tips for what you can do to practice responsible travel in India.

This Post may contain compensated affiliate links. Read more in our disclosure here!

Responsible Travel in India: What you Need to Know.

As news breaks that the number one tourist attraction in India is no longer the mighty Taj Mahal, but instead the slums of Dharavi, our minds filled with questions.

India has long suffered from a tourism branding problem, and this latest news would seem to be symptomatic of that. Rather than being famous for its diversity, beautiful landscapes, wildlife and plethora of responsible tourism options, India instead has become famous overseas for its poverty, patriarchy and pollution.  Which goes some way towards explaining why Foreign Tourists are more interested in seeing Asia’s Largest Slum than Shah Jahan’s eternal monument to love – and the many other things that India has to offer.

As a sub-continent inhabited by more than a billion people, everything is true in India. To see the slums of Dharavi will give you one picture, but it will not help to understand every day life for most people in modern day India. Rather, it’s that the slums – made famous by Slumdog Millionaire and doubtless helped along further by Shantaram – are more “interesting” to most foreign tourists than the homes of middle and upper class Indians (of which there are plenty) – which look rather like visitors’ own homes do.

When you travel to India you are almost guaranteed to come across poverty, in some form or another, but there are other things to be aware of when travelling to India, too: Overtourism, strain on natural resources, and vulnerable communities to name but a few. With this in mind, we’ve put together our selection of things to be mindful of when planning a trip to India.

Overtourism has been gathering momentum around the world as the most popular travel destinations and sites come under pressure, and India is not immune. The Taj Mahal has been discussing measures to reduce the number of daily visitors for the last couple of years (including a recent increase in ticket prices), but many other places have been feeling the strain of tourism, too.

The beaches of Goa have been getting more and more crowded, and this summer huge traffic jams developed in the foothills of Himachal Pradesh as Delhiites tried to escape soaring summer temperatures. Mesmerising step wells and colourful forts of Rajasthan draw instagrammers in increasing numbers, too.

We’re not saying there’s anything wrong with visiting these sites, but we suggest trying lesser-known destinations too. Many of Kerala’s beaches are as beautiful as Goa’s but with fewer crowds; and Rajasthan’s real charms can be found in its homely villages and traditional culture as much as at its Forts.

Get started with ideas for off the beaten path travel in our guides!

India is certainly feeling the effect of rising temperatures and increasingly unpredictable rainfall patterns in recent years as our global climate changes. It’s not uncommon for temperatures to sear in to the 50s (Centigrade) in May and June in parts of India, with water reserves threatening to run out, while other parts of India suffer from monsoon deluges and flooding, which all but brings them to a standstill. For a country that contributed very little to carbon emissions in previous centuries, India is definitely feeling the pinch.

And that’s not all. It doesn’t take much looking around to see the mountains of plastic scattered around. India still does not have a good waste collection system in place in some parts of the country, and in others waste dumping anywhere is a larger problem.

How can you help?

Pin Me for Later!

3. Know That Not Everyone in India is Poor

Based on what the media show, you’d be forgiven for thinking the majority of Indians live in tin shacks – and the Dharavi phenomenon does nothing to help this perception.

India’s middle class however, is rapidly growing, particularly in urban India, and Mumbai has more than its share of billionaires. There are, however, still huge wealth and social gaps within society, and while many cities have a large middle class, many of those living in remote and rural communities get by on very little.

It also follows that not everyone in India wants or needs your money. Although in touristic places (Agra – unfortunately – is a great example) western tourists may be regarded by some opportunists as “walking ATM’s” and scams abound, the majority of Indians do not want or need your money, and indeed are some of the kindest and most generous people around.

You won’t need to travel far in India before you are accosted by disarmingly angelic-looking little ones, chattering happily to you and asking for pens or sweets. Please don’t give them, even if you happen to have them on you. Giving of money, pens, sweets, books or anything else perpetrates the cycle of asking for things from tourists and begging, a dependency on tourists, as well as (over time) providing a possible reason for children not to go to school.

When it comes to begging (from adults) everyone has their own opinion, however know that professional begging gangs are commonplace in Indian cities – including children – and often operate around central places and railway stations. In India, often temples provide free food to beggars but life on the street is incredibly hard and welfare is almost non-existent. Many homeless quickly turn to drugs and alcohol for relief. If you want to support without giving money to individuals, you can give to reputable charities instead.

5. Volunteering is Not Necessarily Helping

As the media has favoured pictures that show the most of India’s poverty, the perception that India is poor and in desperate need of help has also been propagated. Volutourism is frought with issues in many countries, despite the best intentions and well-meaning nature of most would-be volunteers. But if there’s one thing India is not short of, it’s people, and India is home to a highly educated population.

India does not need un-skilled volunteers offering to work for free, and taking away potential jobs from locals in schools or other areas. Orphanages and volunteering remains a global scandal, too.

The exception is if a visitor has specific, specialist skills that are highly in demand and not present locally.

Instead of volunteering, you can consider donating money to non-profits and start-ups that are working on causes that are important to you. 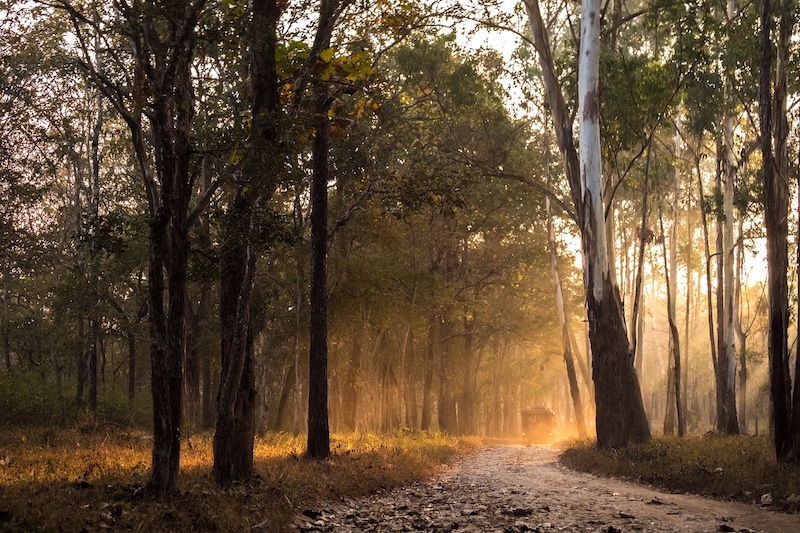 The beautiful forests and jungles of India are home to incredible wildlife. (Wayanad, Kerala)

6. Be Part of the Growing Responsible Tourism Movement in India

India might not be the first place to come to mind when it comes to Responsible Travel or Eco Tourism, but there is an incredible range of options and reasons to stay in India for the conscious traveller. Each year, India hosts the Responsible Tourism Awards, and each year there is a larger number of entries from eco lodges, wildlife conservation initiatives, sustainable resorts, community tourism projects and much more! There are far too many to list in one post here, but you’ll find many of our favourites in our detailed guides linked above.

7. Be Mindful of How You Portray India

As you’ll have gathered from the above, India suffers from a branding problem, and it is not helped by travellers snapping and sharing the worst of life in India, but forgetting to take pictures of the shiny new condo-towers, shopping malls and swanky bars and restaurants that can be found in many Indian cities today.

When photographing, think twice about snapping those cute street kids. Would you photograph children in your own country? Do you ask permission before taking someone’s photo? No matter how photogenic someone may look, we always suggest asking before photographing away.

Have you travelled to India? What do you wish you would have known before hand? Let us know and share your tips for responsible travel in India below!

Read More about Travel to India on Soul Travel:

First Time India: How to Prepare & What to Expect!

The Best Jungle Resorts in India 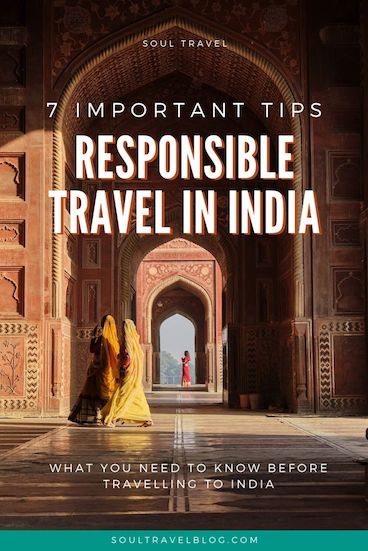 Our Favourite Things to Do in Toronto in Summer (& Spring)

What is Sustainable Travel (and How to do It)

This reminds me so much of Cairo! I always see tourists coming through and heading straight to the old market, and then many are surprised to see modern buildings or Starbucks in the city.

Thanks Dee, yes I can imagine that! I think we sometimes like to romanticise or see things through a narrow lens as travellers – after all living in a place is very different than the impression you might have from visiting it! Happy travels,

Yes indeed Being responsible is the most important thing while traveling! I liked the fact that you eagerly mentioned the protection of indias natural beauty and resources. I loved that you try to break stereotype about Indian People.