Looking for the best French Alps Ski resorts? Here we round up some of the top options for skiing in the French Alps, a classic winter experience not to be missed!

The Best Ski Resorts in the French Alps

There’s no more iconic or classic destination for skiing than France. With plenty of glamour and apres-ski fun, stylish accommodation and resorts spanning a range of skiing difficulty, it comes as no surprise that France is one of the top destinations in Europe for skiing. It’s range of accommodation and choice of slopes make it hard to beat, along with its accessibility to the rest of Europe.

The best time to go skiing in the French Alps is between January and March – snowfall before December has been unreliable of late, and last year temperatures soared into the ‘teens around Easter as many tried to get their last taste of the slopes for the year. As snowfall becomes more unpredictable and Ski seasons become shorter, you can depend on most of the French Alps resorts having a reliable backup of their own special snow!

For those planning a skiing trip, here is a guide to some of the most popular resorts for French Alps Skiing. 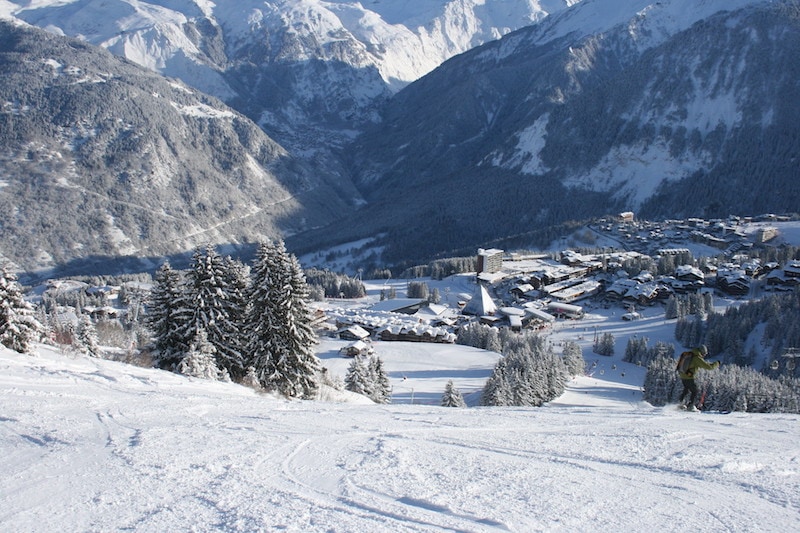 Courchevel, Val Thorens and Les Menuires make up the three valleys and together comprise the world’s largest ski area that is accessible with a single pass. The area gives skiers access to over 600km of slopes, more than enough for even the most avid of snow bunnies. There are over 2000 snow cannons here, too, ensuring that you’ll find snow on the ground even if the weather is not behaving.

Courchevel is known as the creme de la creme of skiing in France with enough top end hotels and Michelin starred restaurants to rival the glamour of St Moritz in neighbouring Switzerland. 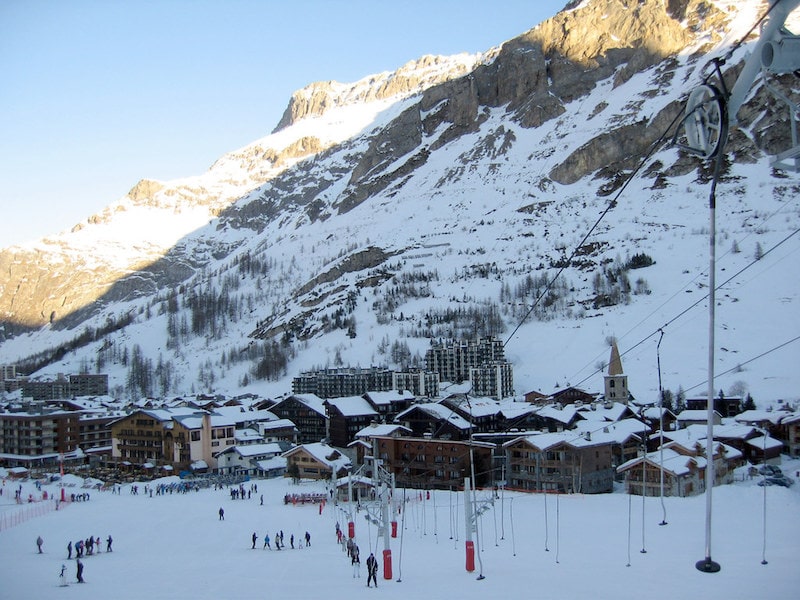 One of France’s most popular Ski Resorts in the Alps is the infamous Val D’Isere. Linked by pistes to neighbouring Tignes (below), Val D’Isere is certainly one of the costlier options when it comes to choices for your skiing holiday, but that doesn’t seem to deter the many Brits, Dutch and French who return for more year after year.

Val D’Isere used to be better suited for intermediate and advanced skiers, but recent developments on the Solaise sector there are now more options available for beginners and novices as well.

Linked to Val D’Isere, Tignes is high up in the Alps at an altitude of 2100m, ensuring snowfall from November to May each year. Tignes is one of the best options for those more advanced in their skiing craft – we wouldn’t recommend this resort for beginners or non-skiers. Apres Ski gets less of a look in and here it’s all about the action on the slopes. Also, don’t come here in search of a chocolate-box style mountain village; Tignes was designed with plenty of concrete and substance over style. 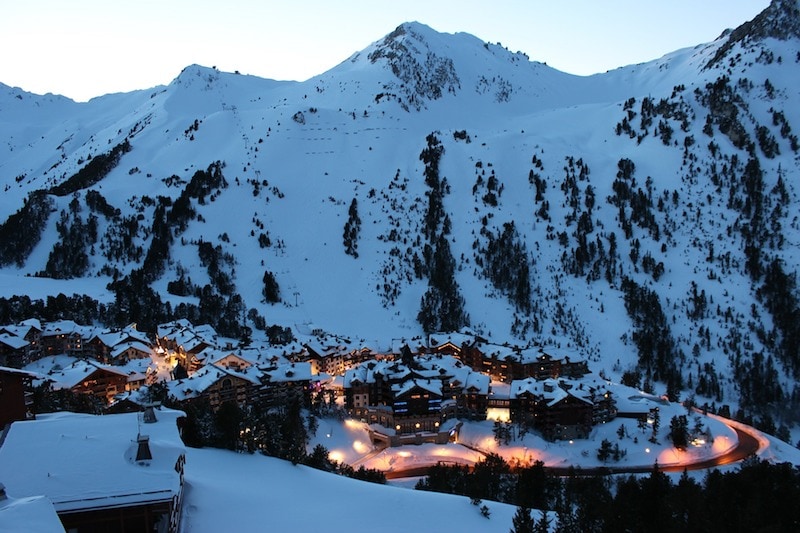 One of France’s original “mega” ski resorts, Les Arcs is made up of five different towns around which you can base yourself: Bourg-Saint-Maurice; Arc 1600; Arc 1800; Arc 1950 and Arc 2000. Arc 1950 is a pretty, car-free village with plenty of great restaurants and bars to enjoy. There’s an impressive Vanoise Express cable car system which links 225km of ski-able slopes in neighbouring La Plagne. Overall, Les Arcs is a great option for families and caters to most levels of skiing.

A great option for intermediate and newer skiers due to its heavy proportion of blue runs, La Plagne also has some more challenging slopes too. This resort was built in the 60’s to help save the local population from the rapidly declining mining industry and today boasts beautiful views as well as the connection to Les Arcs for those in search of more variety. 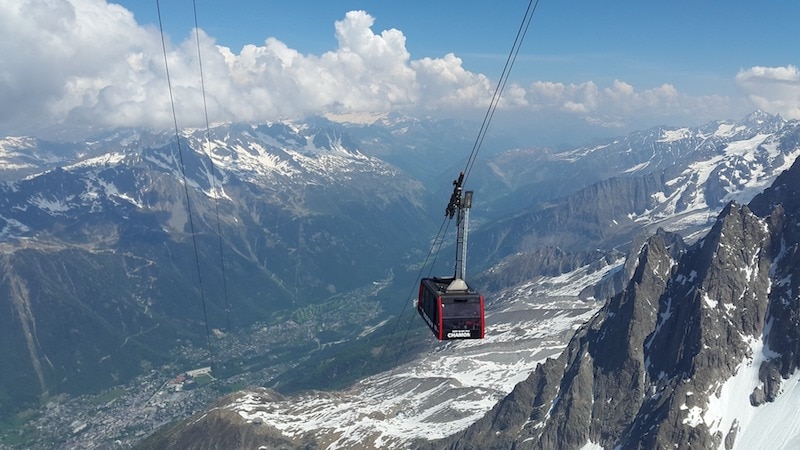 The Cable Car at Chamonix

The Grand Dame of ski resorts, it would be impossible to talk about skiing in France without mentioning Chamonix. Chamonix hosted the first winter Olympics in 1924 and is situated on the slopes of Mont Blanc. Chamonix has earned a reputation for challenging, advanced runs and is a favourite amongst seasoned skiers with a head for heights.

Chamonix – Mont Blanc is one of the oldest ski resorts and is also a thriving town with a sizeable community, making it a destination in its own right to enjoy. Chamonix is home to some of the highest cable cars in the world, linking the town to the summit of the Aiguille du Midi at 3842m. Chamonix itself is relatively low down compared to other mountain resorts such as La Plagne, and as such snow is not as reliable as in other resorts such as Tignes. Chamonix can be a good option if you’d like to mix some skiing with sightseeing of other locations as the town is well connected.

Located in the Tarentaise Valley in the French Alps and part of the extended Trois Vallees ski area, Meribel is located at 1400m altitude and is a great option for intermediate skiers, as well as for beginners – although blue and red runs make up 77% of the pistes at Meribel.

Meribel was founded in 1938 by a Scotsman looking for alternatives to Austrian and German ski resorts in the run up to the second world war. It’s nearby the town of Moutiers and hosted events as part of the 1992 winter Olympics. As part of the interlinked 3 Valleys Ski System, Meribel is a great choice, especially for intermediate skiers who want variety. 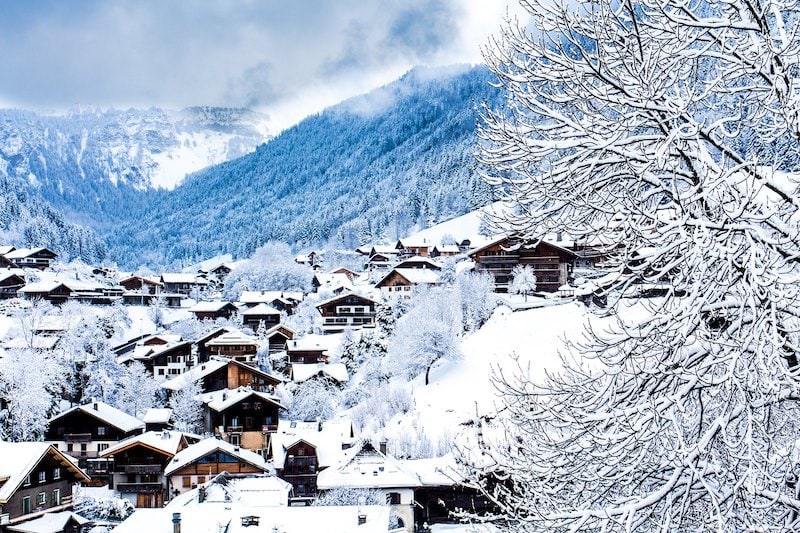 Situated close to the Swiss border, in the Portes de Soleil ski area, Morzine is more of a ski-town than village, but manages to preserve some charm, too. It has excellent tree-lined nursery slopes for beginners, and advanced skiers can ski the full circuit of the Portes de Soleil area, starting and finishing in Morzine. There are plenty of off-piste opportunities here too.

Morzine is situated at a relatively low altitude, making the resort reliant on snow cannons especially during the early and late season, and south facing slopes can often be closed if the weather is not playing ball. That said the village of Morzine-Les Gets is a buzzing, thriving town with plenty of charming restaurants and bars to keep you entertained, making Morzine a competitive option, especially for intermediates.

Planning a ski getaway soon? You’ll need comprehensive Travel Insurance including winter sports coverage! We use and recommend the True Traveller – find out more or get a quote here.

Have you been skiing in France? Which was your favourite resort? Let us know in the comments below!

Instagram Detox: What Happened During 6 Weeks off the ‘Gram.

How to Stay Healthy While Travelling

Why You Should Visit Ethiopia