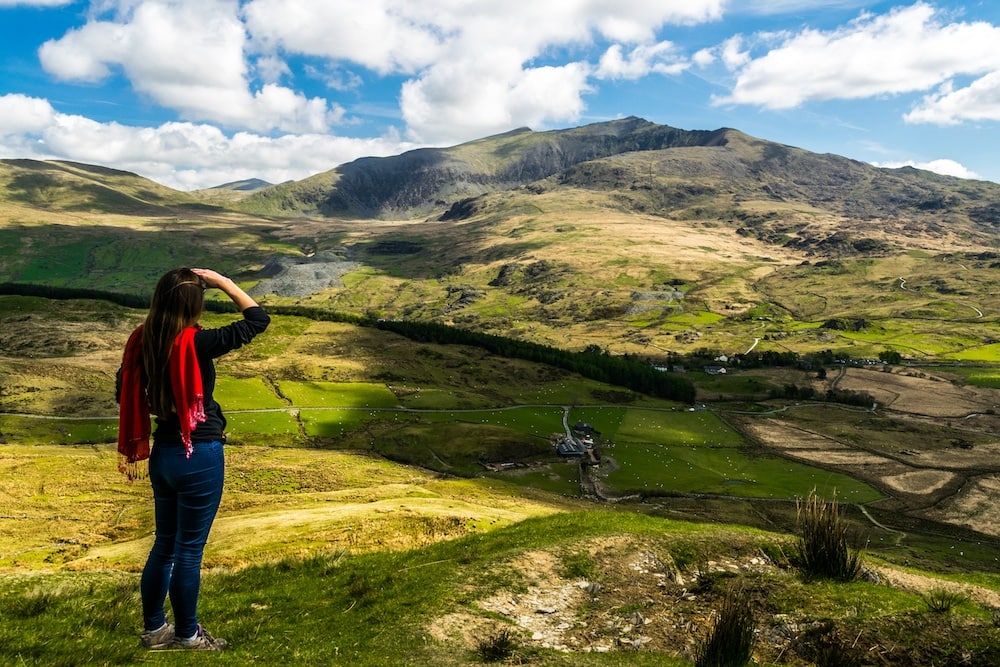 This post is sponsored by Mickledore Walking Holidays and may contain compensated affiliate links. Read more in our Editorial Policy.

Since our first experience of the Canadian winter began, we’ve found ourselves reminiscing about the great outdoors back in the UK and being able to walk through the English countryside (without the need for thermals and snow boots).

We believe that fresh air and nature are good for the soul, but during winter, especially we sometimes need a prompt to get out. For us – the promise of a good view helps a lot with that, and has inspired us to write this post. Here you’ll find some of our favourite walks in England -from the Borders of Scotland at Hadrian’s Wall, to Land’s end on the most westerly tip of Cornwall. Most of them come with amazing views included! Many of these walks are more pleasant in spring and summer (especially the northern ones) – but some of the southerly walks can are beautiful year round.

Now it’s time to get planning – don’t forget to search for a great pair of walking shoes before you set out!

Let us know which are your favourite walks in England or what you’d add to this list in the comments below.

Planning a trip to the UK? Checkout our complete guide to responsible travel in London here!

Looking for the best hiking gear? This guide covers all the essential hiking gear you’ll need! 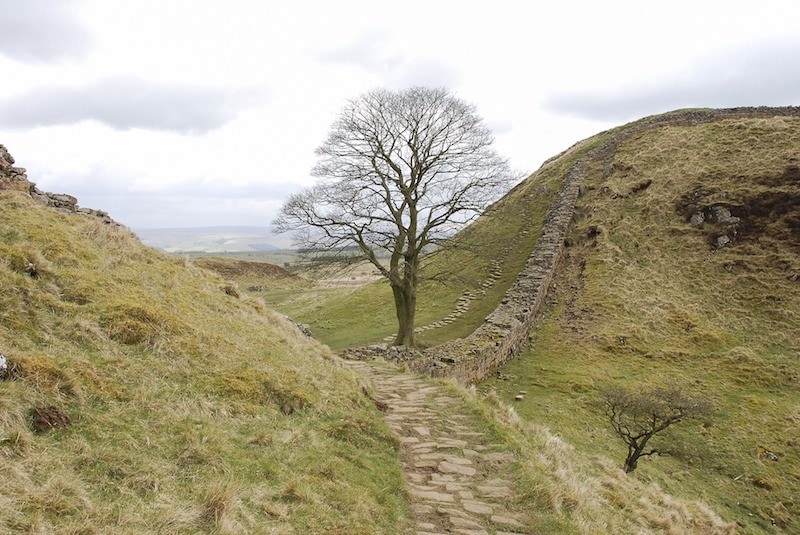 To walk Hadrian’s Wall is to take a walk back in time to the year AD 122: To when this wall marked the northern boundary of a vast Empire that spanned Europe, the Middle East and North Africa. Hadrian’s wall is also considered one of England’s easiest National Trails, despite its total length. Stretching from coast to coast, Hadrian’s Wall Path runs for 84 miles between Wallsend on the East Coast of England to Bowness-on-Solway on the Cubrian Coast.

There are several places to stop along the way, and it’s also possible to book organised and self-guided walking tours that come with accommodation included. In many places you can still walk alongside what remains of Hadrian’s Wall, and at Housesteads there are some impressive Roman forts. The biggest debate around this walk is whether to walk from East to West (more popular) or West to East. If walking from the West you’re statistically more likely to have the wind behind you, but walking from the East is said to have better views! 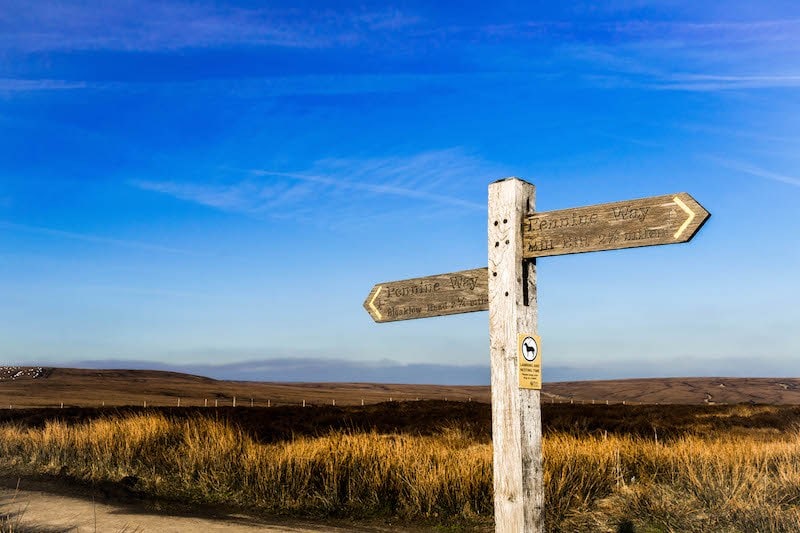 Which way? The Pennine Way of course…

Statring in Edale in the beautiful Derbyshire Peak District National Park, the Pennine Way runs fro 267 miles along the Pennine Hills, sometimes referred to as the “Backbone of England”. Undertaking the whole Pennine Way is well known for being quite a challenge (those who quit after getting stuck in bogs is pretty high) and so attempting the entire route is not for the casual stroller.

Luckily, you can experience some of the beauty and views of the Pennine way from small sections of the route – one of my favourites is the Peak District end which you can wander along for short stretches and is easily accessible from either Sheffield or Manchester; or you can attempt the whole 1st Leg of the Pennine Way Walk which runs from Edale to Crowden (13 miles), crossing the mighty Kinderscout en route. 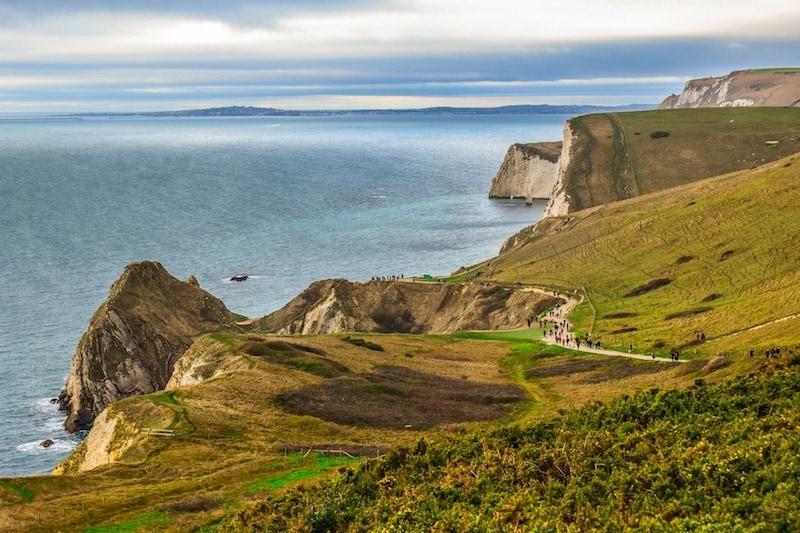 The route varies from easy to challenging, and many people do shorter sections of the walk. One of the most popular is from Weymouth to Durdle Door and Lulworth Cove – known for its stunning scenery, its easy to see why. This section can get busy during summer weekends. If you’d prefer things a little quieter, then try to visit during the week or outside of July & August. For quieter but equally beautiful scenery you could give the next section of the walk from Lulworth Cover to Kimmeridge a try. 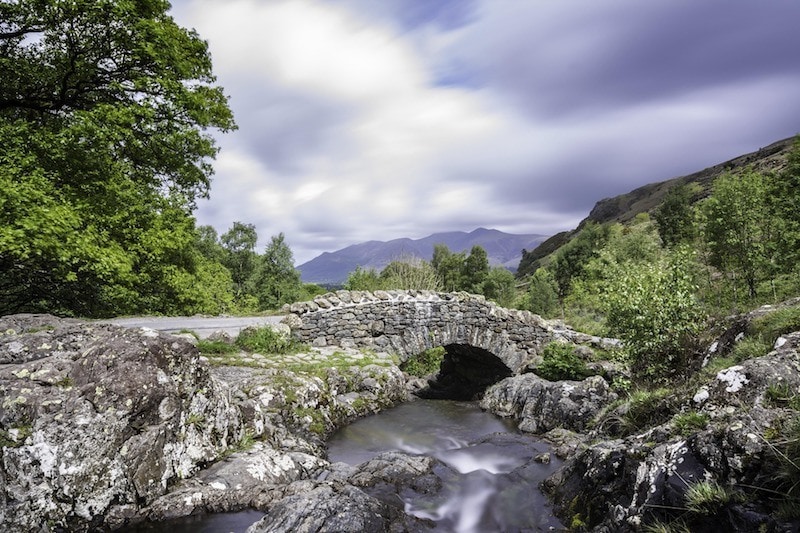 We’d be remiss if we didn’t include the beautiful Lake District here, but the truth is there are so many walks in the Lake District, it is hard to pick just one! Walks vary hugely in difficulty – from a brief stroll before heading to the pub for sunday lunch to multiple day camping treks.

Some parts of the Lake District get particularly crowded in summer, but many of the crowds stick to the towns and bus tours rather than venture out hiking. That said, for those that like fewer fellow walkers, heading further west in the Lake District is a good idea, to the likes of Wasdale. Walks closer to the hotspots include Tom Gill to Tarn Hows in Coniston (1.6 miles), or Buttermere to Rannerdale (3 miles). If visiting in summer, book well ahead for accommodation in the Lake District!

Read more about walks in the Lake District here. 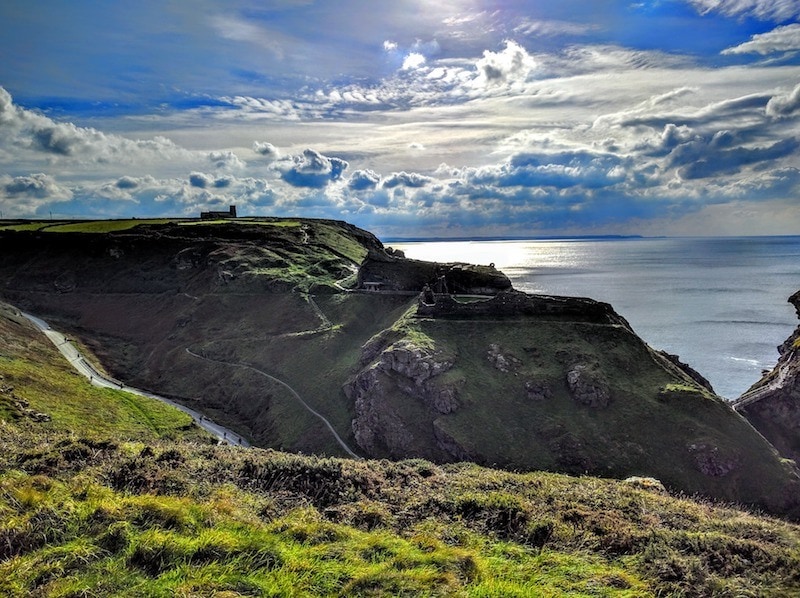 Right on the most southerly tip of the British Isles, the Lizard is a peninsula in Cornwall. The name is thought to have come from a corruption of the local Cornish name, Lys Ardh which means “High Court”. There are different circular walks you can do on the Lizard Peninsula, ranging from a moderate 4 miles around Lizard point, to 13+miles from Porthleven to the Lizard. Walking from the Lizard to Coverack is a more challenging walk despite being a shorter 10 miles.

Whichever route you pick, the lizard peninsula is home to beautiful wild flowers (come in spring and summer) and dramatic coastal scenery. The shipping channel out to sea is particularly treacherous due to its coastline of jagged rocks: the seaways around it were historically known as “the graveyard of ships”.

Read more about walks on the Lizard Peninsula here.

As you head out to enjoy the beautiful English Countryside, be mindful of our responsibility to protect it for future generations too. Some walks have become (very) popular and as such the land is seeing a strain: These are best avoided out of season, mid week, or you can take a detour to less popular trails nearby too. A little research ahead of time can avoid being part of a caravan of day-trippers!

Be mindful of the fact that in many places, access is restricted to the marked pubic footpaths, and farmers will not take kindly to those who decide to go for a rogue run through their crops off the path. Some footpaths require that dogs are kept on leads at all times, too.

When walking ensure that no litter its left behind you, especially after picnic lunches. Always use a re-fillable non plastic water bottle to reduce your waste consumption. Support locally owned restaurants, B&B’s and other establishments along the way as much as you can.

What advice would you give to walkers in the UK? Which walks would you suggest? Let us know in the comments below! 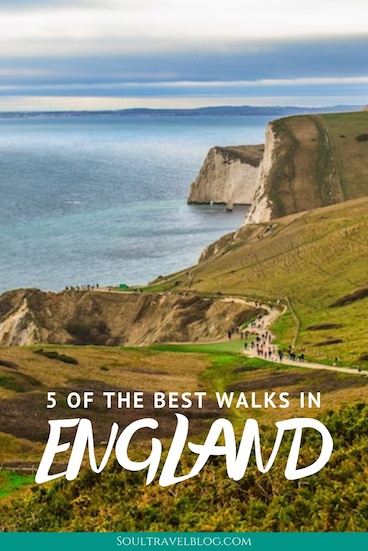 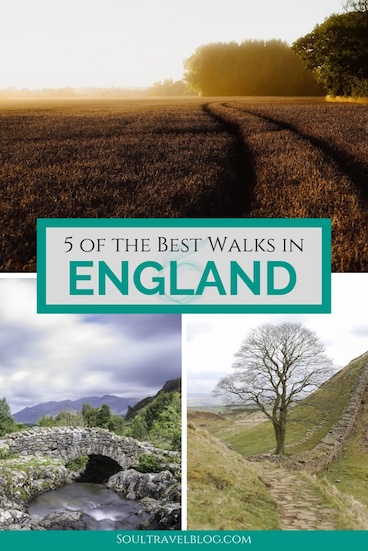 Why you Should Visit Northern Jordan.

The Best of Responsible Travel in London: A...