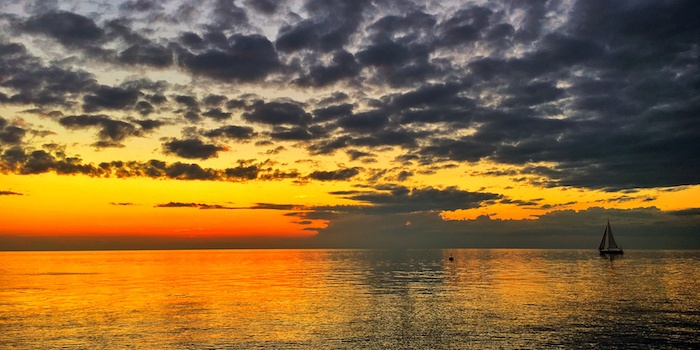 Soul Travel Year in Review: Looking Back at 2016

This is a summary post with high points of the month, not-so-high-points and what’s next for Soul Travel Blog.

December always feels like a natural point to review the year and all that has come before, because of the approaching new year.

I find myself surprised by social media statuses saying “I can’t wait for this year to be over” etc—and while I understand that view point, particularly if it has been a bad year—at the same time I feel that the ‘end of the year / new start’ thing is just a mental concept we’ve made up. Sometimes, it’s helpful if it drives us to make positive changes. But more often than not, honestly, isn’t the new year just a continuation of the outgoing one?

And if that proves to be the case for me I’ll be a very happy person.

This time last year I’d just returned home to Amsterdam from a four month trip to Asia and was preparing to go back to work, post-sabbatical, in my previous job.

One year on, things feel very different to how they did then. 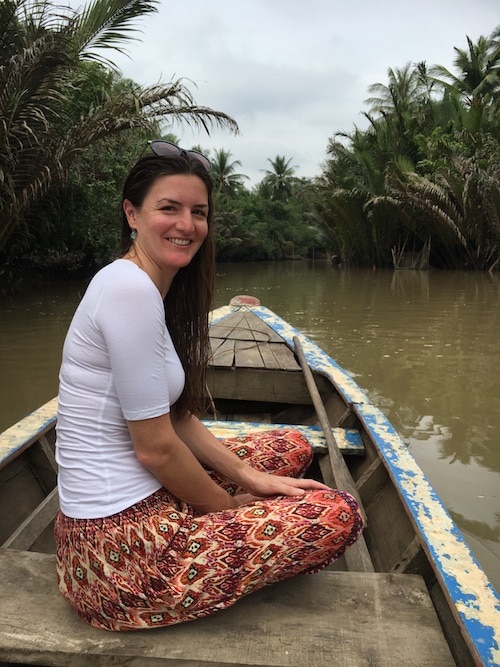 In addition to my usual ramblings about the previous month and what’s to come, this time I felt that some sort of 2016 rundown was needed. But the good news is… I’ve cut out the ramblings to make it a list of my nine best travel moments from 2016 :-).

Where I’ve been in December.

It’s got to be getting ‘charged’ (or more like run into) by an excited baby elephant just after he’d been rolling around in the mud. My camera still has the mud marks as proof of the encounter :-). I love elephants for their curiosity (they seem to have a particular interest in iPhones or other electronic equipment) and their playfulness—although even the babies weigh a hell of a lot! These wonderful animals have a tough time at the hand of the tourism industry in Thailand and other South East Asian countries, so it was particularly inspiring to see the good work that is being done to improve conditions for elephants by Mahouts Elephant Foundation. 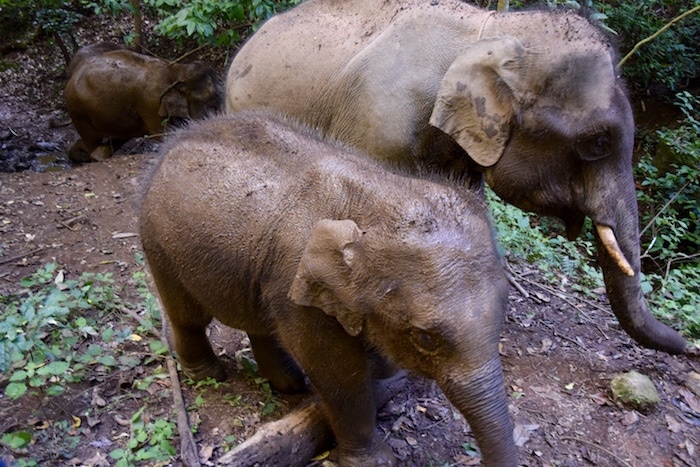 This time I’m torn between two. Christmas has been really hard this year. It’s the first time I’ve spent christmas away from the UK and from my family, and I’ve found it hard being in a country that doesn’t really celebrate christmas (Vietnam) and in particular being in the middle of nowhere—where hardly anyone spoke any English, and the food was far from “festive” (although undoubtedly a lot more healthy than your average Christmas dinner!).

The second low light was spending 10 hours on a scooter in the scorching sunshine after getting lost on dirt roads on the “scenic route” from Pai in Northern Thailand. Three hours after dark my friend and I finally made it back to Chiang Mai with sunburn, heatstroke, and covered in dust. Fortunately it didn’t come to sleeping in the forest that time… 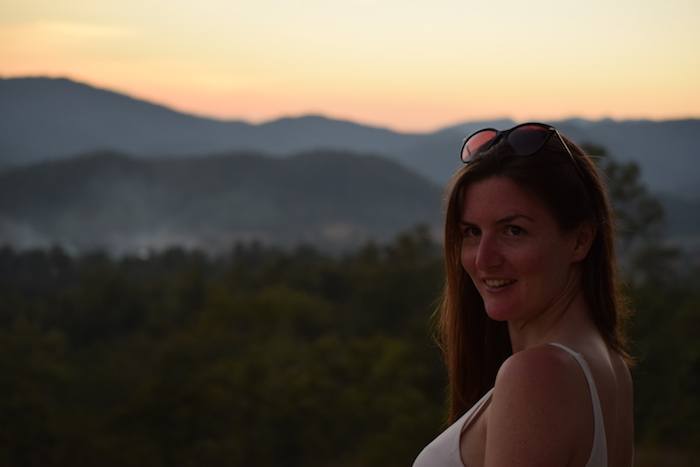 The “Death Railway” in Thailand that runs through Kanchanaburi and over the Bridge on the River Kwai from near Bangkok up towards the border with Myanmar. This railway is entrenched in tragic history that directly contrasts with the stunning scenery and landscapes that the train rattles through. I took this trip in December 2015 and for anyone who enjoys train travel… this one is a must-do.

This time last year I was riding the Thailand – Burma railway, also known as the "Death Railway" which runs from Bangkok up to near the Myanmar border. It was built between 1943-1945 though terrain made up of jungle, swamp and limestone cliffs: terrain which had been deemed to be impossible to build a railway through. This railway was built at the cost of 100,000 lives. 10,000 of those were British, Australian and other nationalities of prisoners of war. The 90,000 were from different parts of Asia. Of all my experiences in Thailand, this was the most moving. The landscapes are some of the most beautiful I've seen, which makes the experience even more haunting somehow. You can read all about my experience and how to get here on the blog – link in my bio to read ⬇️#soultravelblog #deathrailway #thailand #lestweforget #traintravel

Seeing as it’s the end of the year, it would seem remiss not to mention my highlights of the year. Although I’ve only been travelling “full-time” since August, I was lucky enough to be able to able to take a few breaks and see new places before then! So here are my 9 top travel moments from 2016!

1.  Arriving in beautiful Piran, Slovenia—a little town on the Adriatic coast—just in time for sunset and seeing the sky turn red above the ocean. The sunset seemed all the more spectacular because of the long day waiting around for and sitting on buses to get there. Slovenia is one of my favourite countries from this year, and it’s also a responsible/eco-friendly traveller’s paradise—they are taking responsible tourism to the next level. Read about my time in Slovenia here. 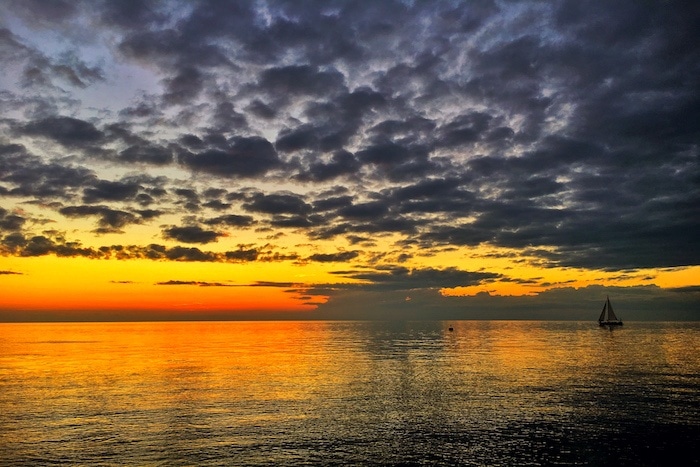 *That* Sunset in Piran, Slovenia.

2.  Rolling into Venice train station across the lagoon, surrounded by water on all sides. Venice was the place I struggled most with this year, in terms of whether to go or not. Venice is basically the ground zero of mass tourism. It’s the opposite of responsible tourism in many ways, but it had also been a life-long dream of mine to visit. What to do…? Well in the end I went, and the post I wrote about it has been my most popular post of the year. Was I right or wrong to go? Read it and decide for yourself.

4.  Experiencing Loi Krathong, the Thai Festival of Light in Chiang Mai, Thailand. Every year, thousands of people get together to celebrate this festival all over Thailand. This year was more subdued due to the recent passing of the Thai king, but was still beautiful to watch. The lanterns aren’t the best for the environment, but the good news is that the authorities are trying to stop flower wreaths and offerings being put in the rivers that include plastic, and are trying to stick to organic matter. 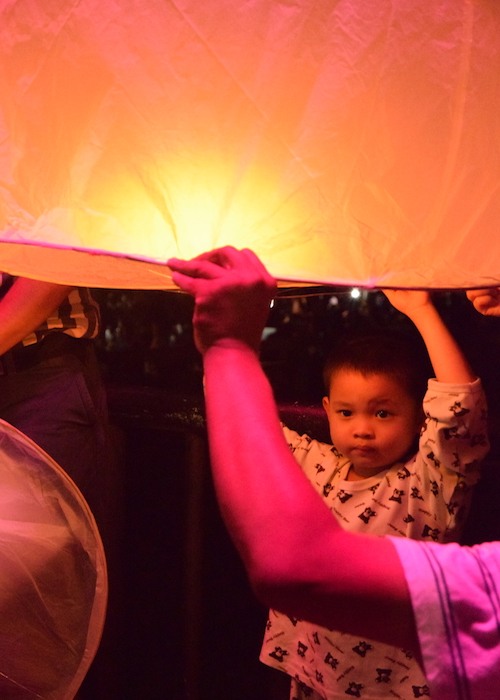 A child gets ready to release a lantern at Loi Krathong.

5.  Getting to see a different side to Manila, Philippines, and finding a home away from home there. Manila will not go down as my favourite place in the world, and I think I’m not alone. It’s not by any stretch of the imagination a peaceful or beautiful city. But, after a few days and venturing off the beaten path, my impressions started to change.  You can read about my experiences here.

6.  Walking with Elephants in Northern Thailand. Just a couple of weeks ago I had a very special experience, being able to visit a charity who are working to rescue elephants from (tourist) camps in Thailand and bringing the elephants and their mahouts back to the forests of Thailand – as wild as they can be for formerly captive elephants. Having the privilege to see this work in action and being able to walk next to the elephants was really special. Read more about it here. 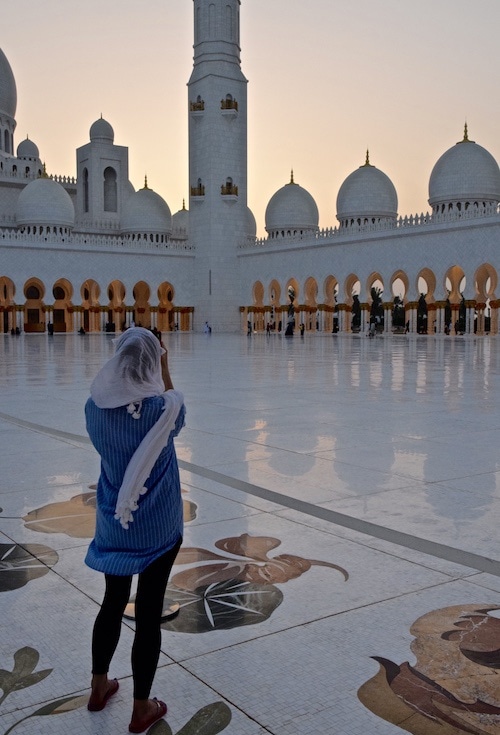 7.  Visiting Sheikh Zayed Grand Mosque in Abu Dhabi, UAE. There’s something about mosques and their morning call to prayer that I find to be incredibly beautiful, so taking a trip there for my birthday is a great memory. This mosque, although it’s not an old one is stunning to look around and even better to photograph (although go early before the crowds!), for me it’s reminiscent of the Taj Mahal.

8.  Meditating post clifftop yoga class as the sun went down over the sea at Dreamsea Surf Camp, Portugal. I had a fun time learning to surf in Portugal, but what I’ll remember most are the end of day yoga classes and the views out to sea from the camp up on the clifftop!

9.  Another sunset & surf related memory…. looking out over the Atlantic ocean from a little apartment in the surf town of Taghazout, Morocco and waking up to the sound of crashing waves every morning. 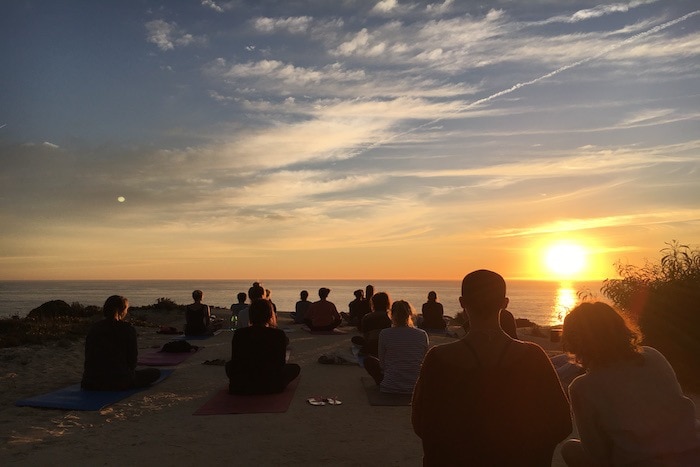 As 2016 draws to a close, so does my time in South East Asia, for now at least. It’s the part of the world, that, outside of Europe, I feel I know best—I’ve been lucky enough to visit here a few times.

In January I’ll be making my way to India, a country that seems to call to me over and again. I first visited India last year, as part of a group. This time, I’ll be travelling solo there and exploring Mumbai, and then on to discover responsible travel in Rajasthan, India’s most touristed state. After that I’ll be heading on to either Rishikesh or up north to Leh/Ladakh.

Got tips for me on either of these places or other parts of India? Comment below and let me know!

Thank you for reading!

As you know, without you I wouldn’t be here writing this. Every comment, like, share and piece of feedback matters to me and I appreciate it. Thank you!

Got tips for me on the next stages of my journey? Let me know in the comments below!

Watergates in Vietnam: Was Revisiting the Mekong Delta Worth It??

One Year of Travel Blogging – What it’s...

The “Digital Nomad Life”: A Review, One Year...

Great to go through your blog and nice to connect on Twitter Ellie. I look forward in hearing your updates on sustainable travel and keep up your good work. Best
Abhishek

Hi Abhishek, Thanks for your comment and support! I appreciate it. Ellie