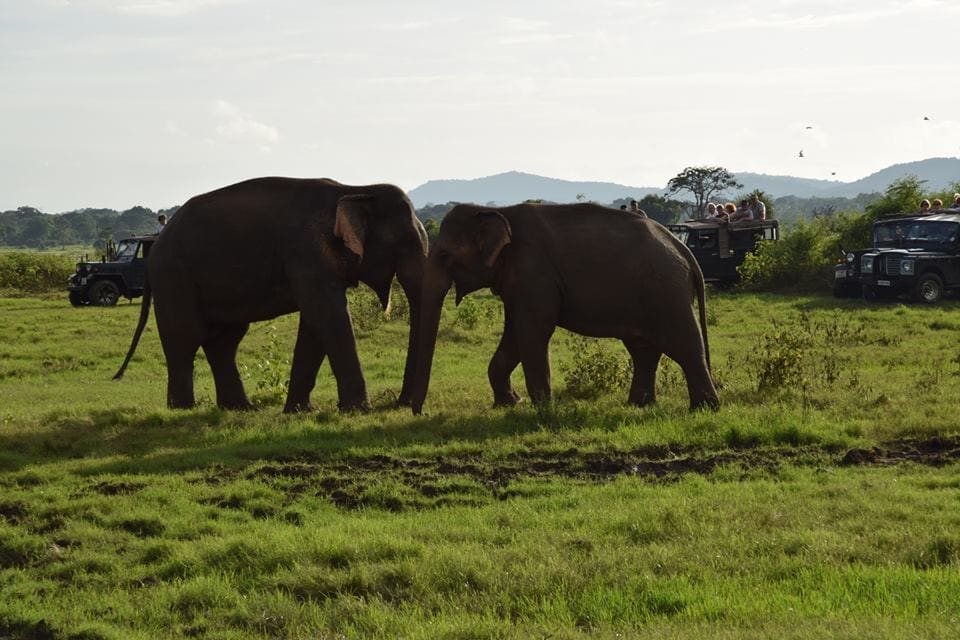 Elephant Tourism: What the Latest Death Shows Us.

As a tourist is killed by an elephant in Ko Samui, Thailand, one has to ask the question – what needs to happen until we accept that maybe, not all animals are meant to be tamed.

A 36 year old Scottish tourist was killed at the weekend in a sad incident where the elephant that he had been riding as part of an organized trek on the popular Thai island of Ko Samui. Although details are not clear, it is reported that the elephant turned on its keeper and then threw its passengers (the 36 year old and his daughter) from its back. The Thai authorities have since launched an investigation into the incident.

The incident has provoked outcry in the animal rights industry at large, who remind us that Elephants are not supposed to be ridden. Far from being tame animals, elephants who are not born into captivity do not naturally submit to human will. On the contrary many welfare organisations have exposed the unthinkably cruel behaviour that takes place in order to break an elephant’s spirit, or force it to submit to human will.

Anecdotal and scientific evidence has pointed towards elephants being amongst some of the most emotionally intelligent mammals on this planet. Not only do we have evidence that elephants grieve and help one another, but now elephants have been shown to be empathatic beings, like us: they experience the same emotion that another is feeling[i]. Weighing in at around 5kg, an elephant’s brain is also capable of showing a wide range of emotions such as joy and playfulness, and they have now been shown to be able to learn new behaviours[ii].

Firsthand, I have heard accounts from other travellers of elephants in chains weeping (tears streaming down their faces) when petted by human hands in Chiang Mai, Thailand. Countless other stories relate the feeling that elephants do not enjoy being ridden by tourists, but sadly too late in each particular case, as each individual realizes retrospectively that perhaps elephant riding is not as OK as it is marketed as.

Elephant rides, trekking with elephants, and visiting elephant camps remain however a key part of the tourist proposition (in many countries) and form some of the most popular tourist attractions in countries like Thailand.

The unfortunate fact is that today, far too many tourists remain blissfully unaware of the suffering that many elephants have been through to reduce them to the state where they are tame enough to be ridden, fed and petted by tourists.

Added to the amount of revenue generated by such attractions in often developing countries there is also the financial burden associated with how to best look after elephants. Elephants drink 100-150 liters of water and eat about 100 kilos of food per day. It is estimated that the annual cost to look after an elephant in captivity is around 100,000 USD. In much of South East Asia, elephants that previously worked in the logging or teak industries have been replaced by machinery, and so more and more elephants have been brought into captivity to serve as tourism draws in elephant camps or zoos. Whilst Elephants in Africa are also a major tourism draw, the fact remains that there the tourism is predominantly safari style, leaving the animals with more space to roam around freely without being subject to close-up interaction with humans.

And so, Asia is faced with something of a problem for its elephants, where there is less space (due to growing human populations and expansion of urban areas), and a lack of funding to protect animals and properly look after them.

Enter Tourism and the main revenue stream for developing countries, and the main industry in which elephants find themselves serving today. On my last trip to South East Asia I was shocked and saddened by the number of Elephant camps out there, all offering an up close and personal experience with these majestic beasts to anyone willing to pay a few dollars. Some places market themselves as sanctuaries, others offer mahut training courses where anyone can learn to be an elephant handler in the space of a few days. The number of these places should in itself be cause for alarm. But the fact remains, that demand for up close and personal animal experiences is not dwindling. The majority of the public are not aware of the cruelty and suffering that the animals are exposed to in order to tame them.

Putting myself in the elephant’s shoes… I’m not sure I would like hundreds of tourists learning how to be my trainer with the help of a bull-hook each year.

And whilst there are some genuine sanctuaries that do have Elephant Welfare as their primary goal, how can we identify these easily from other establishments that often market themselves as such when in fact they focus little on welfare.

There is also a complete lack of guidelines from governmental tourist bodies on what is or is not acceptable behavior towards elephants and other wild animals. Most animal rights organisations call for an outright boycott and ban of any activities that include animals performing stunts or being ridden. Some leading travel operators – such as Intrepid Travel and Geckos Adventures – have taken action and stopped any riding of elephants on its trips, and one must hope that more will follow.

And what can we do? According to a spokeswoman from World Animal Protection we can remember this principle:

“If you can ride it, hug it or have a selfie with a wild animal, then the chances are it is cruel and the animal is suffering.”

As with all parts of change, it starts with us as individuals deciding that we will not partake in such activities when we travel – that we will say no to any tour that includes elephant riding, trekking or watching them perform. The more people that say no, the greater the message we send out.

Here are some further resources that help provide some ethical tips for what to avoid when it comes to tourism and elephants, and how you can help:

1. Lonely Planet: How to Interact Ethically with Elephants

[i] National Geographic, February 2014, It’s Time to Accept That Elephants, Like Us, Are Empathetic Beings.
[ii] Scientific American, February 2015, The Evidence is in, Elephants are Even Smarter than we Realised.

Yes! This topic is so very important. Thanks for writing about it and using such compelling arguments.

Thanks for the support Lauren! Your South East Asia Food posts look amazing… Luang Prabang has gotta be food heaven in Laos at least? 🙂

[…] Do NOT engage in riding of wild animals, selfies with wild animals, Elephant “Mahut” courses or anything which encourages this mistreatment and abuse of animals—for my post on why you should not ride elephants see here. […]