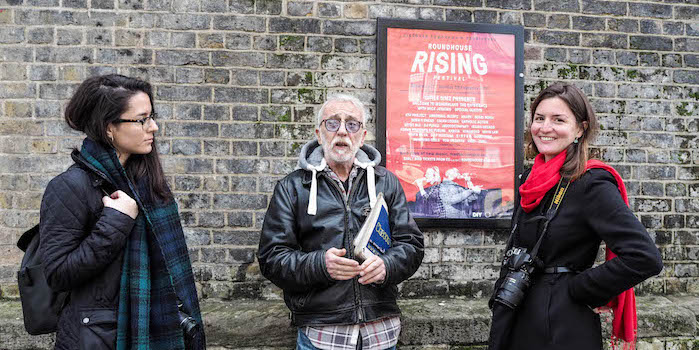 This is my monthly summary post with high points of the month, not-so-high-points and what’s next for Soul Travel Blog.

In London I also went on a ‘tour of contrasts’—with the inspiring Unseen Tours and Visit.org.

My India visa expired mid February, so with my heart a good deal heavier than it has been in months, I took the plane to London. London is my ‘original hometown’ and I’ll be using my time here as much to catch up with family and friends as taking advantage of good internet and active networking. During my time here I’ll also be trying to get off the beaten track in London & other parts of the UK.

Sometimes I know I’m guilty of thinking of travel as somewhere “far away”—when in reality we have so much to explore closer to home. It has dawned on me over the last months that travel is as much a mindset than anything. One where we simply look at places and people with fully open eyes.

So how long am I going to be back in London for? That’s a question I’m getting asked often at the moment! The answer is not yet a simple one as I’m waiting on bits of paperwork—my new passport and also visas for some of the countries on my 2017 list… But one thing is for sure. My return here does not signal the end of my travel plans! 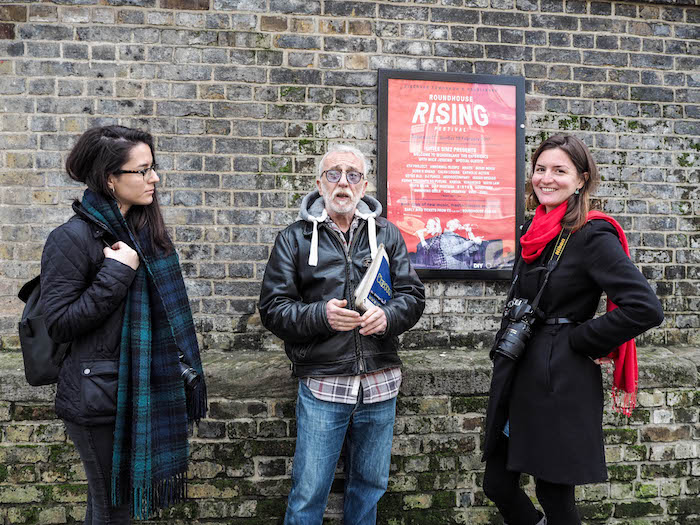 Where I’ve been in February.

More to come on all of the above over the coming weeks on the blog—so stay tuned! 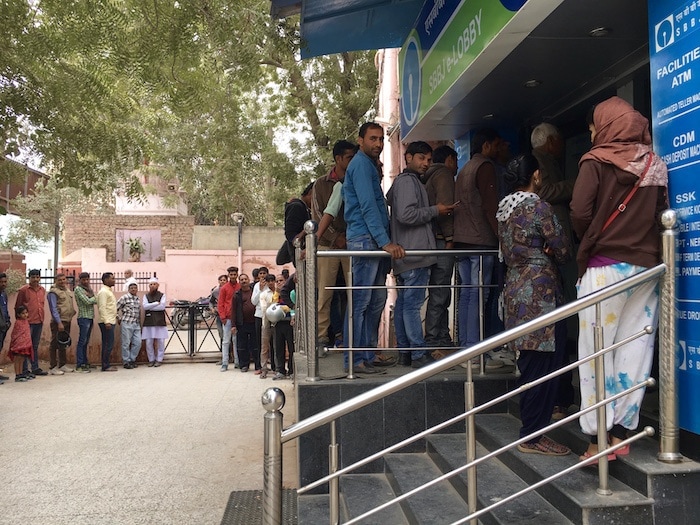 The queue for cash in Bikaner… this was the only time in the 6 weeks that I had any difficulty getting cash post demonetisation in India. See the group of women on the right? That’s the separate womens’ line!

The best train journey I had during my time in India was between Bikaner and Haridwar (for Rishikesh). At 17 hours, it wasn’t a short one, but thankfully I had some wonderful neighbours to keep me company for the journey.

A kindly family from a small village near Jodhpur made it their mission to adopt me for the journey—the daughter (who spoke the best English) chatting for much of the journey and her mother insisting on sharing their home cooked food that they’d bought for the journey with me. When we arrived in Haridwar they even insisted on walking with me to the bus station and putting me on the right bus to Rishikesh to avoid me being ‘prayed on by touts’. This is the sort of kindness and hospitality which is not only heartwarming but is the norm in India, and is what this beautiful country should really be famous for! 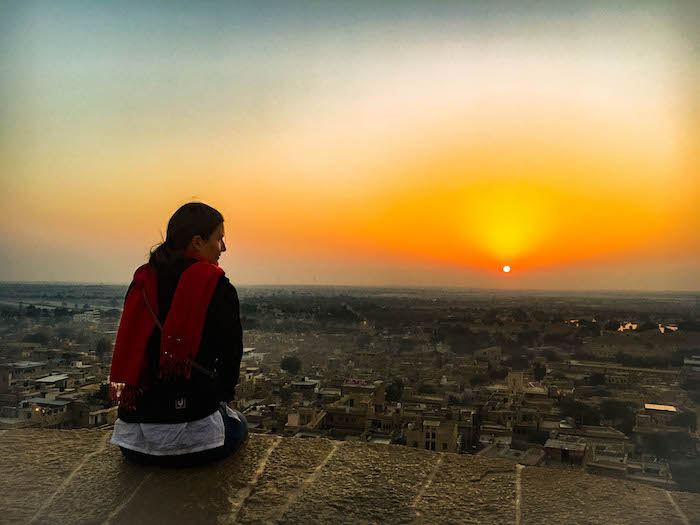 The train journey that never happened. Usually when people tell you a certain train is ‘bad’ it’s because they’re trying to sell you another (more expensive) option. Sometimes, however, that’s not the case and I should have listened to them. My first attempt to get from Jaisalmer to Rishikesh was thwarted by arriving at Jaisalmer train station at 1am (many Indian trains leave in the middle of the night) only to hear that my train was ’11 hours late’. One of the challenges of solo female travel in India is that generally—as with many cities in the world—you can’t just get in a tuk-tuk on your own at 1am to go back to your hotel (where everyone is asleep anyway).

So the only thing for it was to spend the night in the train station along with with a good number of other people in the same situation. I’ve noticed that Indians seem to have a talent for being able to sleep anywhere… for me however it was a long six hours of sitting awake until eventually morning came and I went back to my guesthouse to get some rest.

The next day the train was cancelled and I eventually made it out of Jaisalmer the following evening.

They say everything has a silver lining. If it wasn’t for this train, I wouldn’t have made it to Bikaner, or met the wonderful family in my ‘Highlight’ moment at all….

In 6 weeks of travelling around India this was my only train that was delayed. But the reality is every day 25 million Indians travel by train, which are often—unsurprisingly—several hours late. It’s just a part of the Indian Railways experience! 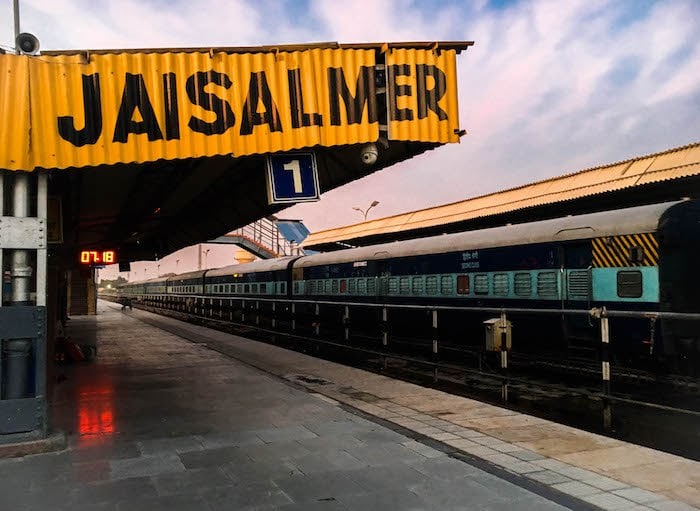 The morning after a very long night at Jaisalmer station!

Posts on other Blogs.

Two of the many reasons I keep falling in love with India are the amazing buildings, and the birds. In this case, they’re simple pigeons (although people still lovingly feed them) but I guess they still made for a cool pic in this case!
The Albert Hall in Jaipur, Rajasthan.

When I see beautiful, palatial buildings like this and all of the birds… there’s only one country in the world I can be in. There’s something about the birds in India – particularly at dawn and dusk – that just captivates me and roots me to that moment. Even if these ones are only pigeons!! What captures your attention and roots you to the moment on your travels?? #soultravelblog

I’ll be here in London for the coming few weeks plotting my future travels, but in March I’ll be making visits to the Peak District (the North of England) and Amsterdam, Netherlands.

Thank you for reading!

As you know, without you I wouldn’t be here writing this. Every comment, like, share and piece of feedback matters to me and I appreciate it. Thank you!

Thank you my friend for giving me and my family some space in your blog. As an Indian I feel when someone appreciates our country and hospitality.

Thank you Medha for making my train journey one of the best and most memorable from my trip! And for your family’s kindness 🙂 All the best, Ellie

Oh Wow!
India is really a incredible nation to be, with lots of culture and occasions. Glad that you made a visit to India.
Hope to see you with some more destinations
Keep Travelling 🙂

Thanks Chetan! Yes India is fabulous – I hope to make it back there soon! Thanks for your support :-). Happy travels, Ellie