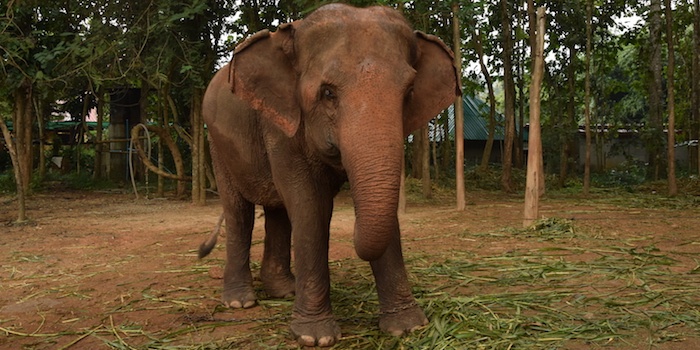 December 20, 2016
FacebookTwitterPinterestRedditStumbleuponWhatsappEmail
Editorial Disclosure: Visit.Org hosted me on this experience, as part of my role in their Ambassador programme. As always, all expressed here are my own and represent the views of Soul Travel Blog. This post contains affiliate links. For more information on what type of organisations I work with and on affiliates, you can read my Editorial Policy.

Have you ever been in a situation that made you feel really uncomfortable?

Where you were confronted by something that didn’t feel right?

That’s what I experienced just over a week ago when I went to visit an elephant project in Mae Wang, just outside Chiang Mai, in Thailand.

This is what happened.

For Soul Travel Blog, one of the ‘hats’ I wear is as an Ambassador for visit.org. Visit.org is a global platform specialising in responsible travel experiences around the world. Together with other Ambassadors, my role is to visit new partner organisations that have signed up to see their work in person. I check if the organisation practices responsible travel and meets the Visit.org criteria, and take photos and videos.

Last week in Thailand I went to visit a new elephant project on behalf of visit.org.

The project, listed as a social enterprise empowering Karen women and the local community advertised itself as a socially responsible way to see elephants and support the women in the area.

On arrival at the camp I was shocked to be offered elephant riding within five minutes of my arrival. This was not what I had expected at all. On asking to see the owner of the camp that I’d been in touch with, I was told she was not around. I was offered bathing the elephants, feeding the elephants, as well as riding, all of which I declined—and I followed the rest of the group up to the feeding area with my camera, where the elephants were chained up and waiting.

I’m no elephant welfare expert, but I do know that personally I would not enjoy being kept on a 2m chain all day. 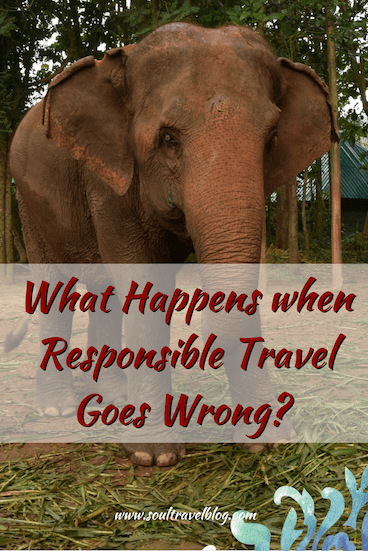 Later in the day, the owner found me and I expressed my concerns to her. Her response was that the riding was fine for the elephants, since they do not use chairs for riding (visitors sit on the elephant’s neck, like a mahout), and that the elephants have a much better life with them than they would do at other camps. I asked her why offer riding when you could just offer bathing and feeding? Her answer was that out of the many visitors they have each year, only a handful don’t ride the elephants. The owner’s parting advice to me was to not be judgemental about animal welfare in a culture that was not my own.

I left the camp confused and upset by what I’d seen, and armed with photos and videos. I’d seen riding chairs right next to the elephants but was told when I asked that they “belonged to the camp next door”. Had I been wrong to judge the riding as bad? Was this really as good as things could get for the elephants? 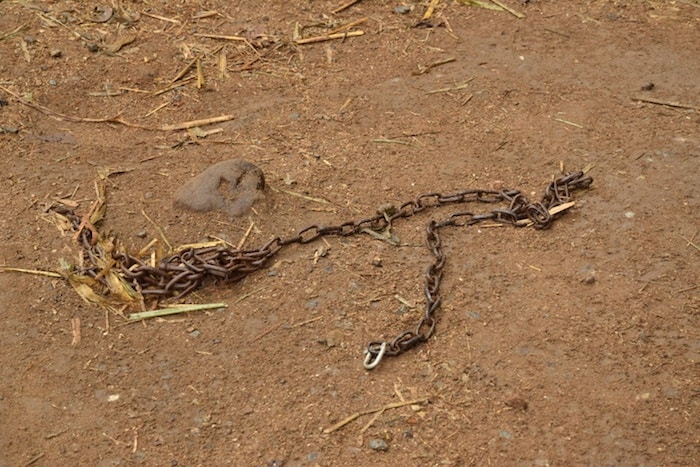 The short chains which the elephants were kept on most of the day.

Once back in Chiang Mai I followed up with visit.org and shared my report and images of the camp with them. I can’t praise visit.org enough for the swift action they took.

Within a few days they had spoken with the owner and come to the mutual agreement to remove the camp from the visit.org website, as the camp wanted to continue offering elephant rides.

Anyone who has visited Chiang Mai will have noticed the scale of elephant tourism activities here in the north of Thailand, and that it is not always straight forward working out how to avoid unethical elephant experiences in Chiang Mai. A simple glance inside most travel agencies shops will show dozens of pictures showing elephant rides and shows available, which have been much criticised by animal rights and responsible travel groups for the abuse of the animals that they can involve. But instead of decreasing, the number of such elephant camps is on the rise. 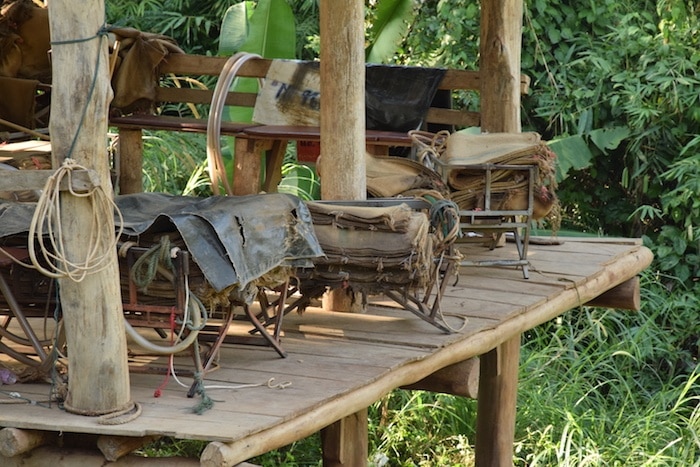 The riding chairs used by the camp next door.

Sometimes, despite research and best efforts, we end up on tours, at hotels, or at other attractions which simply do not feel good, or are not what they said they were. Here are some things we can do: 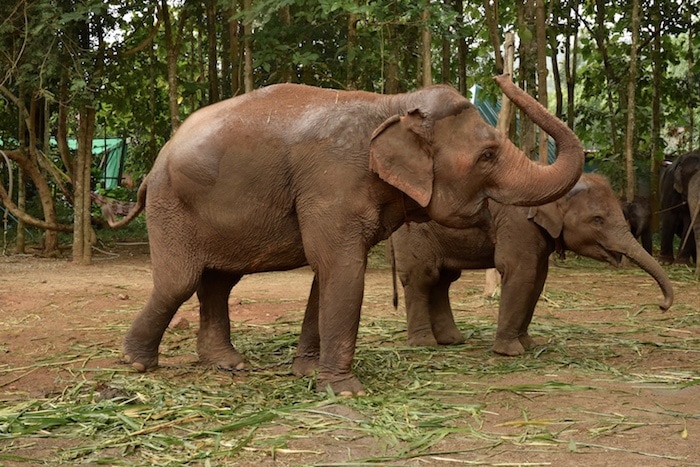 Two of the camp’s elephants.

One of my greatest takeaways from this experience has been that elephant tourism is an extremely complicated issue in Thailand.

Why? Because there’s a huge amount of money involved.

Speaking to the owner of the camp I visited for this piece, she mentioned that in the last three years, the number of elephant riding camps in that river valley had increased from three to thirteen. That’s fuelled by demand from tourism. Over 30% of Thailand’s tourism now comes from China, and while it is better to avoid stereotyping, the fact is that for many Chinese visitors a ride on an elephant is simply a must on their bucket list.

For elephant tourism to substantially change, an alternative revenue stream first needs to be provided.

The main people who can stop riding are us as travellers, who have the choice to not sit on an elephant.

Riding without chairs is undoubtedly better for the elephant than with a chair, but personally I prefer to not ride an elephant at all. The choice is an individual one that we each have to make.

There are now fewer than 1000 wild elephants left in Thailand. Most elephants in Thailand are captive elephants who are used to humans now. There is no taking them back to the wild on a large scale. Their land has been taken, pulled down and been built upon. There are ways to improve conditions for the elephants and relocate small groups back to the forest, but the space no longer exists for large wild elephant populations here. 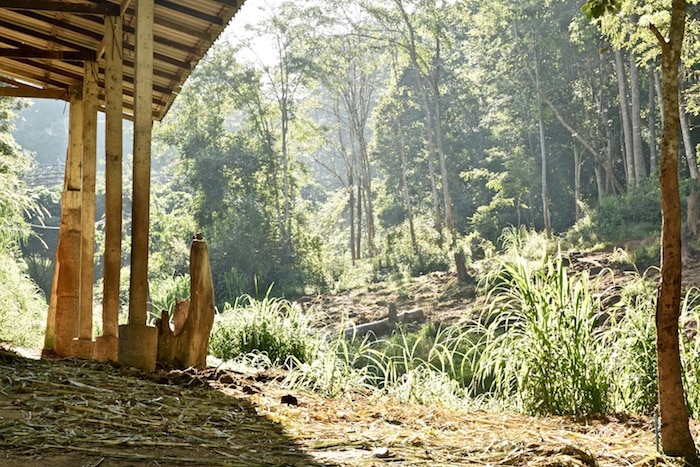 The area which the elephants could retreat to after a long day’s work. It was not clear if the elephants are allowed to rest here without chains or not.

There are also a lot of rumours, mis-truths and sensationalism about elephant training. A famous video about “breaking an elephant’s spirit” (in order to train them) is rumoured to have been made and circulated by a famous elephant “sanctuary” in Thailand to drive more business in their direction. In reality, with elephants that are already captive positive re-inforcement training seems to be far more the norm.

The far bigger issue is elephants (usually babies) being stolen from the wild and traded illegally—particularly from Myanmar. Not only is this having an effect on the wild populations but then more extreme training methods need to be put into place in an attempt to tame the elephant. Such as starvation, or worse. The Thai government is attempting to tackle this problem by putting together a DNA database of all captive elephants in Thailand, so that trafficked elephants cannot be bought.

Lastly there’s another issue that’s much less talked about than the welfare of the elephants, and that is the welfare and livelihood of the Mahouts themselves.

As outsiders and wanderers passing through we cannot always understand everything or pass too much judgement.

I know that I can’t solve the challenges of elephant tourism, but I do know that my choices and the choices of every traveller add up to make a difference.

I know that the only solution is to do what feels right to me.

Where can I find Ethical Elephant Experiences?

Avoiding unethical elephant attractions in Chiang Mai (or the rest of Thailand) can be a challenge, but it is do-able.

A great starting point is visit.org who have over 300 social experiences online in over 60 countries. They have other elephant projects online in Thailand which do not offer elephant rides.

You can find a much happier story about elephants and Thailand, that I visited the following week, here!

What this Paradise Island can Teach us about Responsible Travel.

How to Help Protect Endangered Wildlife Through Travel.

To Hellfire and Back: Travelling the Thailand –...

Elephant Tourism: What the Latest Death Shows Us.

That’s a horrible situation to find yourself in. Those poor elephants! I’m glad visit.org was so prompt in their actions. Shame on the owner, for their unwillingness to back down. But I agree – it’s a choice and if we choose to say no to these actions, together we create a movement.

Thanks LC for your comment! Yes it was really sad to see them on short chains, particularly when I had been expecting a different type of experience. I hope you have positive experiences on your travels!! Ellie

What a bad surprise for you i imagine! i hope i can avoid these places during my trips!

hi Traveling Address, thanks for your comment. Yes with these kind of things it’s important to do a lot of research. It can’t avoid 100% of unethical practices (as this post is evidence of!) but it does help a lot. Hope you enjoy your travels! Ellie

Well done Ellie. You handled this well, and this is what our role as Visit.org Ambassadors is all about: making sure attractions really are as responsible as they claim!

Thanks Amanda for your support and kind words! Yes it really does show how important the role is 🙂

This was a very interesting, nuanced and intelligent post on a complicated topic. I really appreciate your honesty and the fact that you try to have a nuanced view on that matter. Thank you for a great read.

Hi there, thanks so much for your kind comment, it is indeed a complicated issue and we can’t afford to over simplify these things with narrow judgement (I feel). Safe travelling and thanks for stopping by! Ellie

Such food for thought. We once took a tuk tuk to a forest area in phuket and I was shocked at how unkept some of the elephants were, also how tourists felt it was normal to forceful ride them! Having read news reports about the animals turning and attacking humans, one has to wonder – it really worth it?