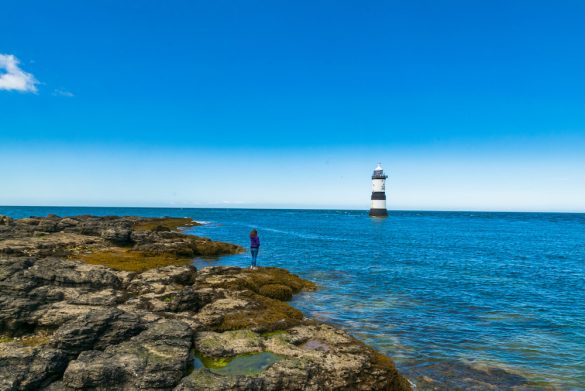 Instagram Detox: What Happened During 6 Weeks off the ‘Gram.

This summer I decided to go on a one month Instagram detox. Here’s the backstory as to why I wanted to go cold turkey on the ‘Gram and what happened while I was away.

My first time travelling outside of Europe was in 2006. A time when smart phones were a mere glimmer in Apple’s eyes, we stopped in the street and asked strangers for directions, and the only way to take a picture of the place we were in was with a camera. The term selfie had yet to be coined. Facebook had yet to hit en-masse and travellers would hit up internet cafes for a session on MSN messenger with friends across the world, or send email roundups home to family.

But before you think this is just another nostalgic account of how much better travel used to be, there’s more to this story than that.

Since the advent of Facebook and other social media channels from the late 2000’s, social media has begun to play an increasingly important role in our lives, influencing many things, including: How and where we travel. Channels have come and gone, but the influence of social media overall continues to grow (and the level of power that it has over us). There are now 3.484 billion active social media users around the world. This number represents 45% of the world’s population and an increase of 280 million since January 2018.

In the last month 98% of internet users have visited or used a social network or messaging service. (Source: Avocado Social)

With One Billion monthly active users, Instagram is the latest darling child of Facebook. It’s the place where brands are flocking to market themselves and where Influencers have built empires. So why would a blogger such as myself want to leave it?

In writing about my experience with Instagram, my hope is that it may be of use to anyone else who may be feeling in the same boat. 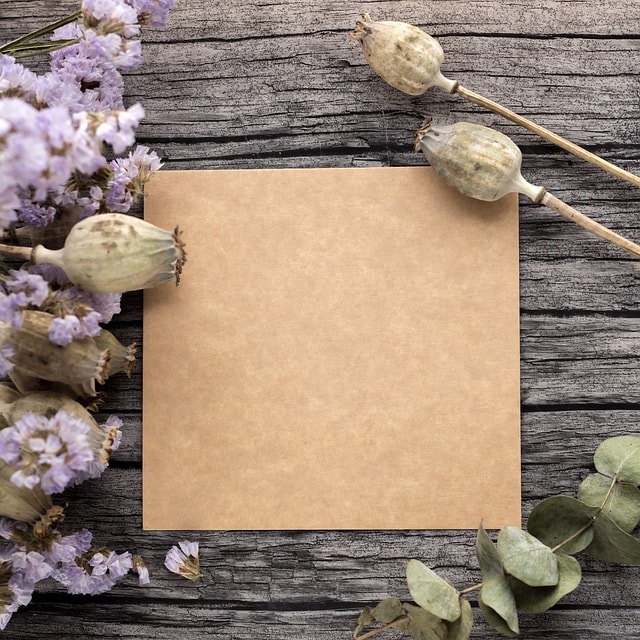 How much time is crafting that perfect square worth?

First we’ll get one thing straight. Nothing is carved in stone and I do know people who love spending time on Instagram and get positive energy from their experience. I’m not saying that Instagram is fully bad and that everyone should take a break from it – this account is of my own experiences (although I do know plenty of others who have felt similarly).

As for my reasons for wanting time off Instagram. There were a few of them:

Instagram has been linked to recent outbursts of overtourism in sensitive locations: The wild poppy fields of California, Tulip fields of the Netherlands and countless areas of natural beauty that have suddenly become overrun with visitors who have seen a post go viral on Instagram, have found out where it was taken due to geotagging, and have flocked there wanting a shot that looks the same.

It has made us question: What is the most responsible way to share content about the places we visit? Should we share those “hidden gems” that remain relatively un-disturbed? How can we best share a message about how to respect the places that we visit as much as the status that a photo gives us?

I found it eerily disturbing that my feed would be flooded with the same pictures of the same places over and again. Capadoccia, the Taj Mahal, Paris, Moroccan doorways and hundreds of Bali swings… all with some impossibly beautiful plant-based dieting woman in a sweeping white dress decorating the foreground.

The challenges here are complex, but what disturbs me the most is the “sameness”. When did we lose our creativity as individuals? Why do we want the same shot that someone else has taken? I suspect the answer may be interlinked with some of the following points.

It’s All About the Followers

There seems to be a desperation – that has got worse in recent months – to do anything for followers. Algorithms are changing, Facebook want their millions from advertising and the platform is not what it used to be. Plenty of users – us included – would work hard at building up their content, only to find that they have lost as many followers as they had gained the previous day on waking up.

Instagram has always been full of “tricks” to get ahead – from bots that follow accounts and then unfollow again, auto-comments and groups of people who agree to like and comment on each others’ content in pods. But the games have got worse as the desperation to gain followers has grown. Several influencers have been accused of buying followers.

Why would people do this? For some it’s the “status”, the “insta-stardom” of having a big following, but for many influencers it’s about the money. Brands typically want to work with those with a big following, and Instagram is the hottest place for influencer marketing.. so there’s a lot of money at stake.

We’ve been passed over for plenty of brand collaborations because of our “small” Instagram following, and I know plenty of others in the same boat. 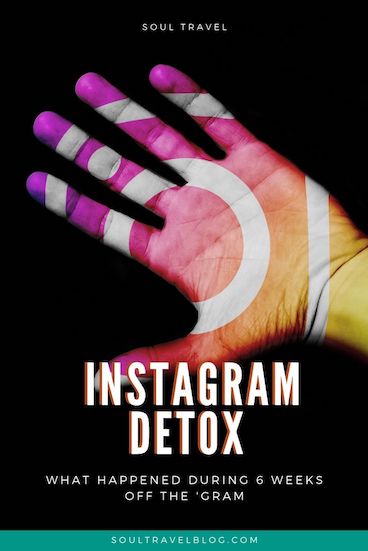 The above has led to a less supportive version of Instagram from what it used to be, with everyone desperate to grow their own following in increasingly challenging conditions. We’ve seen the number of likes on a post drop by 75% compared to 18 months ago, and for many it’s the same.

With the increased pressure on “performance” (which is measured externally as followers and engagement rates, not usually the quality of your content), I quickly got into a habit of looking at what others were doing and comparing myself and my results to them. The quality of my photos, my captions, my number of likes and followers. Watching  Instagram Stories I would see plenty of others travelling all the time, while I was at home behind my desk, feeling very un-like a travel blogger.

Over time, this really started to get to me and I would sit there staring at my phone, wondering what on earth to write today. Posting to Instagram became a moment I dreaded, wondering how my message would even have a chance of being seen, and if it was “good enough”.

It finally got to the point that I realised I needed to listen to the heaviness of my heart each time I opened up Instagram. I decided to take a break, even though that might mean a loss of traffic to our website, fewer collaboration enquiries and it would mean not having such easy communication with our community on there for a while.

Here are some of the things that happened. It’s been 6 weeks now since the last time I spent any time on Instagram.

The weight of finding fresh content and captions to share everyday, worrying about our followers not growing, all ebbed out of me.

I allowed myself to take a step back and just ‘be’

My inner mind had been whispering to me to take a break for a long time. I’d been feeling tired and on the edge of burnout, but I had kept pushing myself to do everything. In taking a step back from the things that weren’t bringing me joy, I finally found the space to breathe and be more in the moment, without worrying about what I was going to find to post to Instagram stories that day.

I re-found my creativity and joy of writing

I became clear on exactly what I wanted from my business

In stepping away from what I thought I needed to do, I allowed myself the space to think about what I want to achieve and how I want to do it. It seemed counter intuitive, but allowing myself time and freedom helped to open up a world of new opportunities. I got many things done that had been on my “to do” list for months: including launching our brand new community on Facebook which you can join over here.

I became much kinder to myself

In taking time away from a channel that I had become used to comparing myself to others on, I let go of the need to worry about things outside of my control. I know that it’s perfectly possible to use instagram without comparing, but in a way the platform is wired to constantly show us what others are doing and “wonderful” their (social media) lives are. Of course that’s not the truth, but that’s the way social media works. I know i’m not the only one that winds up feeling their own efforts fall short. In being away from Instagram I spent much less time on my phone and much more time in the moment – with family, friend, outside, or working on things that matter to me.

I had been worried about getting fewer visits the website and fewer enquiries for work; in fact the oppostite happened. We had our biggest traffic month ever in July. We still had brands reaching out to us. The thing is this: The people that truly appreciate and value what you do will find you anyway.

That’s the question that rings strongest in my mind at least. I miss our community that we have spent years building on Instagram but I do not miss the pressure of Instagram. Will I go back on it? Probably at some point, yes. I want to update our community on what we’ve been up to and re-engage with them, or at least let them know that we are still here online. Will I go back to posting daily? Possibly not. Time will tell. Either way, it feels nice to have that flexibility.

Would you consider taking a break from social media, or have you done so? Let us know about your experiences in the comments below!

How to get a US Visa After Visiting Iran

Why in the Age of Overtourism, it’s More...

One Year of Travel Blogging – What it’s...

Soul Travel Year in Review: Looking Back at...

The “Digital Nomad Life”: A Review, One Year...

Thanks for sharing this! I haven’t taken an extended break like this from the gram but I have let go of trying to post every day and end up posting about once a week. It’s much less stressful and I find I enjoy it more that way. I never got much blog traffic from the platform anyway so I spend the time working on blog posts or pinterest which is much more helpful in terms of growth for me!

This resonates so much for me, Ellie! And it’s made me think about what I need to intentionally take a break from at the moment. (As a side note, one of the photographers I love following – on Instagram or anywhere else – is David duChemin. He speaks so much to creativity and your comment about “sameness” reminded me of the critiques he’s not afraid to share. For me it’s always in an inspiring and not condescending way. Even if you don’t follow him on Instagram, I recommend his blog – and books, for that matter.)