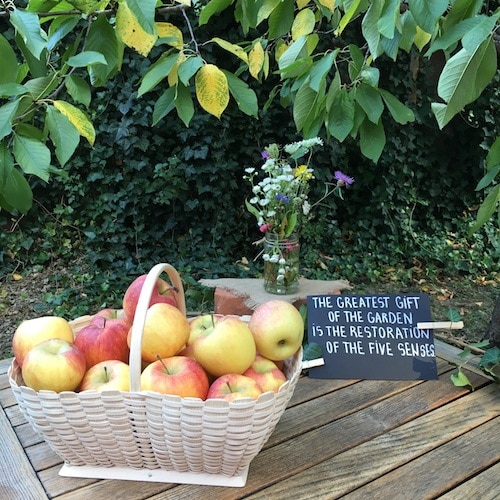 When you’re in the Responsible Travel world, the word ‘Green’ is one that pops up frequently throughout any day.

Conjure images of people sitting around on benches smoking ‘herbs’— but of course I’m instead referring to Green Travel—another term sometimes used for Responsible or Sustainable Travel. 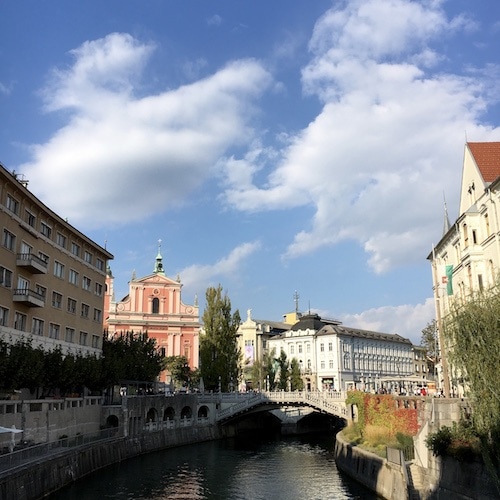 It’s fair to say that during those two days I was exposed to a lot of Green. That Green though, was nothing compared to what I experienced on my travels around Slovenia after the conference.

Prior to my visit I’m ashamed to say I knew very little of Slovenia. Other than vaguely being aware of it as ‘part of Eastern Europe’, my sights had more been set to the Balkan region in that part of the world—Serbia, Montenegro (mainly for historical interest reasons).  I was surprised to find out that Slovenia is actually not really in Eastern Europe at all.  Slovenia borders Italy and Austria to the west and north, and Croatia and Hungary to the east. Its coastline is pinched (geographically speaking) by neighbouring big-players Italy and Croatia. It’s really part of Central Europe. 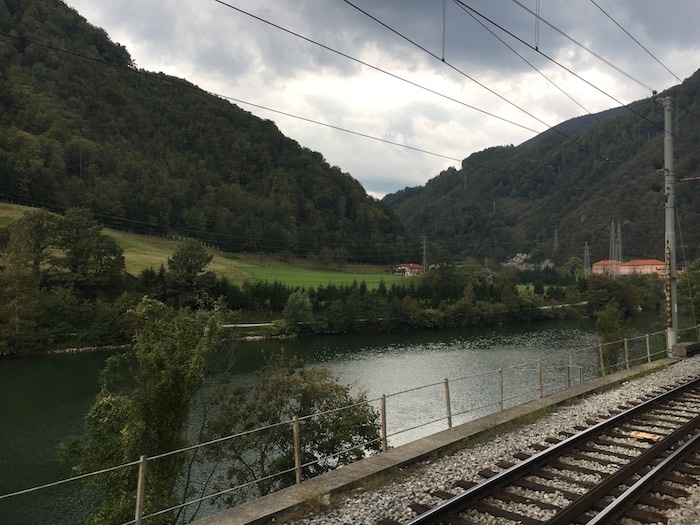 Arriving by train from Zagreb to Ljubljana.

Slovenia has nonetheless been creeping up the traveller radar of recent years, and has now established itself on the Top 10 lists of many a travel and guide book company.

It’s safe to say that by now, the secret’s out.

Slovenia is a paradise for green travellers, and no less so in Ljubljana, its capital city, than in the rest of the country.

In many ways, travel in Slovenia is a testimony to responsible and eco travel. For those looking to ensure that their travel is as beneficial to others as it is to themselves, there is no end to well intending places to visit, stay at, eat at, and generally enjoy.  In order to help travellers identify what’s out there, the Slovenian Tourist Board has launched the ‘Slovenia Green’ label – which covers accommodations and destinations in Slovenia. 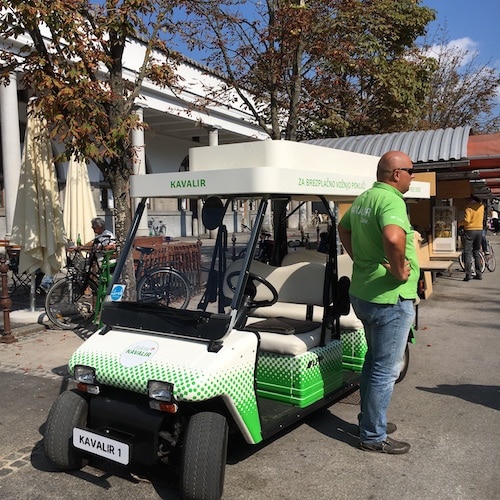 The ‘Gentleman of Ljubljana’ – an electric tuk tuk available to give people free (yes free) lifts around the city!

An introduction to Ljubljana

In Slovenian, the word ‘Ljubljana’ means ‘beloved’.  And this sums up how many Slovenians and visitors alike feel about their city.

The city is bite-sized, with a population of only 200,000 residents, most of whom travel around by bike, so I immediately felt at home. The City recently underwent an at-the-time controversial project to pedestrianise the entire city centre.  Today cars are not allowed in the central district, and park and ride buses ferry people around the periphery of the city centre.

The city centre itself is focused around the Ljubljanica river, which is essentially the heart and soul of the city. Summer days and evenings bring visitors and locals alike flocking to the cafe- and restaurant- lined river banks.

The relatively small scale of Ljubljana is also part of its charm – with distances that are easily walkable, historic and colourful buildings, and the beautiful Tivoli park on the outskirts of the city is still walking distance away.  I was lucky enough to be in Ljubljana in autumn and spent a good few hours walking around the park and admiring the changing colours.

Towering over the city on a hill, Ljubljana Castle is modern on the inside, but affords great views over the city.

My favourite part of the city was the Metelkova district – which is the more arty “alternative” district in Ljubljana.  It’s here that the city’s two Green hotels are located: Hostel Celica and the Hotel Park Ljubljana. 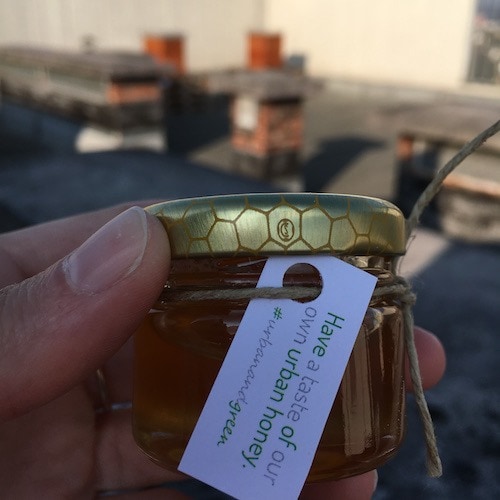 Honey from the Bees on the roof of the Park Hotel.

I stayed in the Hostel Celica for some of my time in Ljubljana—a former prison during the Yugoslavian war, the building is now owned by the city of Ljubljana and managed as an upscale hostel.  On their website they state “it’s the only place you’ll pay to stay behind bars” and they’ve got that right!

Built in 1882 by the Austro-Hungarian army to serve as military barracks, Hostel Celica served as a prison for over 100 years, before being abandoned by Yugoslav forces in 1993.  In the early ’00’s a project was begun to restore the building and the area of the city. Hostel Celica was created and designed by city artists, with creativity poured into the project to transform the building from a symbol of oppression, to a symbol of freedom, inviting for travellers.  Energy and positive spirit has been poured into the details: a prayer and meditation room now sits above where the solitary confinement cells once were, and on different nights of the week the hostel plays host to different artists and musicians who perform there.  Opened in 2003, the hostel now serves as a community hub and social centre as much as it does as a hostel.

The hostel has two floors, the first offering accommodation in former cells—either on a shared or sole occupancy basis. The cells are all unique as each was designed individually by different artists.  Wooden beams, raised beds (bunks, twins or doubles) and creative wall murals are all the flavour of the day here. The second floor, newly built for the hostel opening, has dorm rooms.  These are (unsurprisingly) more modern than the cells, but lack the historic feel.

Staying at Hostel Celica is experiencing a bit of history, and I was lucky enough to get to hear a concert on my second night from a gospel choir.  This place definitely has soul.

Local apples at the Hostel Celica.

Eating and Drinking in Ljubljana

As a city where a glass of local wine will often cost less than a fruit juice, I instantly felt Ljubljana was a place where I could stay a while.

Slovenian cuisine is typical of central Europe in that meat, sausage, dumplings and potatoes feature heavily on the menu.  There’s also, however, an Italian influence, with gnocchi, risottos, pastas, and particularly mushrooms and truffles making common appearances on restaurant menus, and usually at very reasonable prices!

In Ljubljana itself there are some more vegetarian friendly options – the Organic Garden in the centre of town caters to Vegans and Veggies alike (there’s also another branch next to the Tivoli Park, which I did not check out).

In Ljubljana itself, most people head to the riverside or nearby streets to eat.  When I visited, at the end of September, the area was very busy, and it gets even busier in summer.  For those looking for more tranquility, there are options a short walk away that are quieter.  I personally loved the Trubajeva Cesta, lined with cafes, bars and eateries, for it’s range of food from all over the world and arty atmosphere. 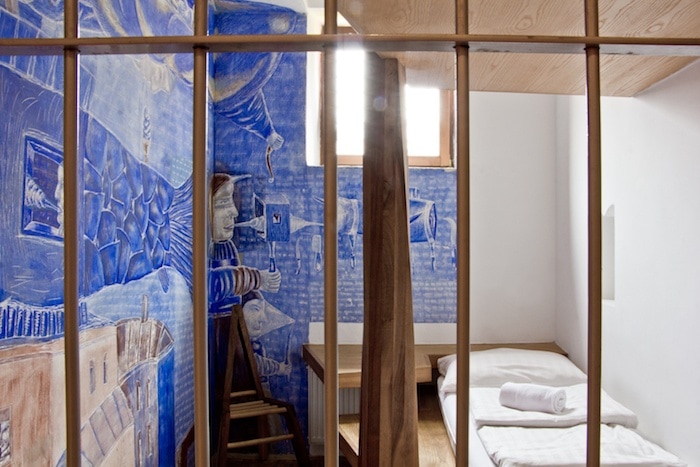 Ljubljana is the perfect bite-size city. It’s also incredibly safe, the locals are friendly, it’s good value for money (particularly compared to Northern Europe), and their efforts towards being sustainable are to be highly commended.  The small things (all public bins requiring the separation of rubbish into different categories, drinking water fountains being available on every street corner) and the big things (like moving cars out of the city centre) have added up to make a huge difference.

Ljubljana is not, however, well connected to the rest of the world – by flying at least.  And that might just prove to be its saving grace.  I arrived by train from Zagreb (2 hours), and many others fly to Venice or Austria and continue to Ljubljana by train or bus.  Given the small size of the city centre and already rapidly growing popularity, it is easy to see the potential for this city to be flooded with visitors in the future. What’s important is that those who visit, do not stay only in Ljubljana, but that people explore the rest of Slovenia too. 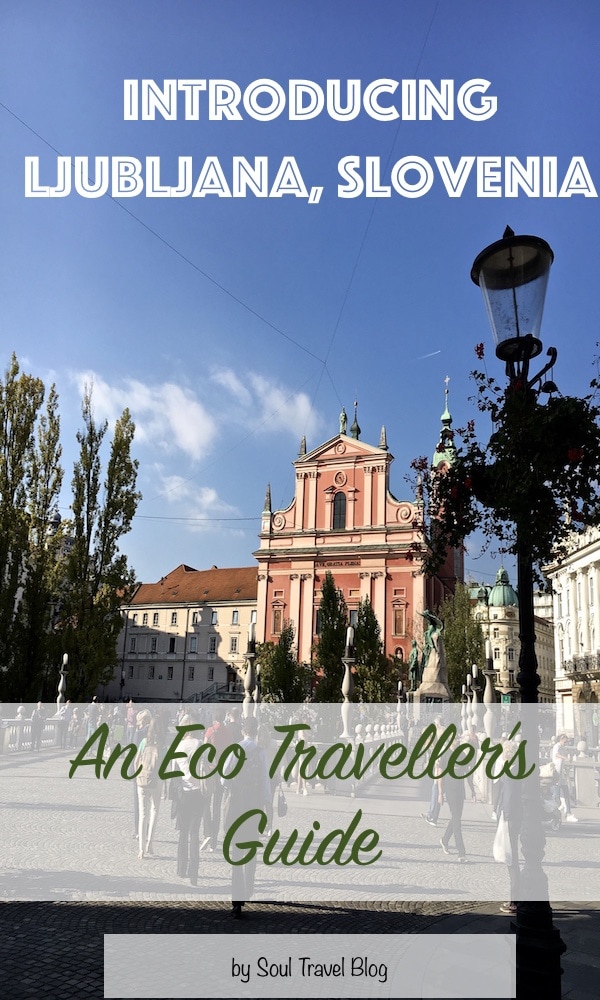 Have you been to Slovenia or to Ljubljana? What did you think of their efforts towards sustainability? Let me know in the comments section below!

Would you like to support Soul Travel Blog? If you’ve enjoyed this post, you can help support by sharing this post, signing up to my newsletter, or through purchasing products via affiliate links used throughout the website – through which I earn a commission, at no extra cost to you! This way you help me to keep this blog going and support my ongoing (unpaid) running costs for the site.  Thank you!

Slovenia Itinerary: The Best of Slovenia in Two Weeks (or less!).

Slovenia Itinerary: The Best of Slovenia in Two...

Slovenia looks like such a beautiful country, and I love that it’s so eco friendly too! I’m looking forward to your post on the rest of Slovenia 🙂

Thanks for sharing! I’ve been to Slovenia so many times, but I love to see it in a new “green” light 🙂
I agree it’s perfect to visit in a day or so, especially if you’re staying in the south of Austria (esp. from Carinthia).

What an interesting spin on this city! Was it creepy at all to stay behind bars? And is there privacy or is it literally just barred doors? It sounds like such a historical place to stay!

Since Ljubljana is my home town its always interesting to read impressions from travellers. A guy who also attended the conference was telling me about the honey from Hotel Park, looks like this is really unique touch with impact. Looking forward reading your next posts about Ljubljana.

Have you been to Bagan? I was just back from there last week. I also write about that trip like you. Let it be!.

Hi Nguyen, yes I have been to Bagan, but in 2013. How did you like it? Happy travels, Ellie

You’re making me want to return to Ljubljana!! 🙂