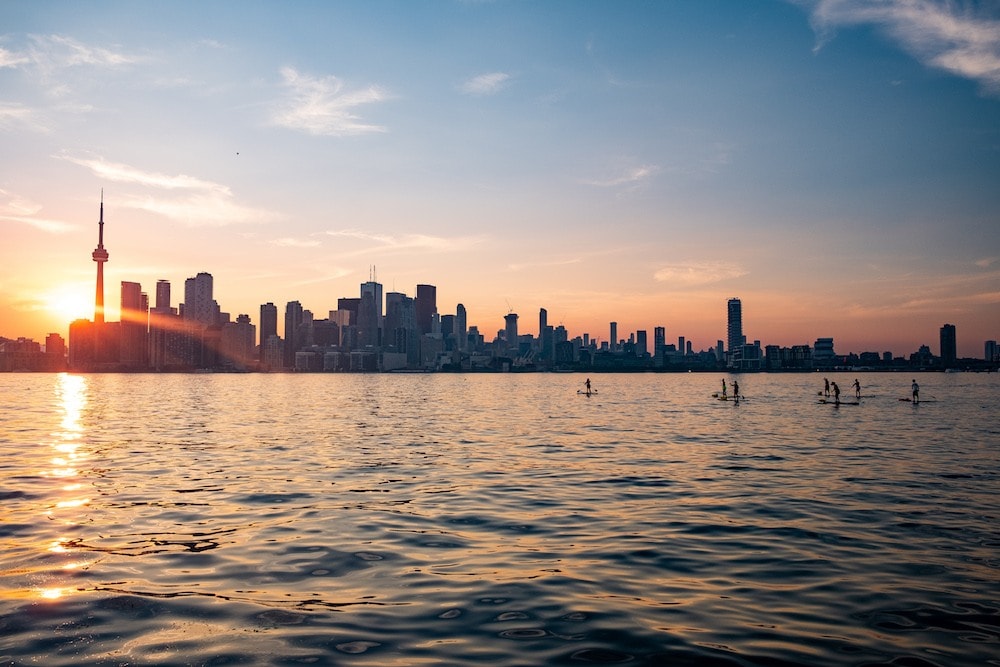 Moving Continents: How we Ended Up in Toronto, Canada!

In a (partly) unexpected pivot of life, we found ourselves moving across oceans this summer to Toronto, Canada our new home. Here’s the back story to what brought us to Canada and a little advice for those considering moving to Toronto too. Plus.. what’s next for us!

A New Chapter: Moving to Toronto.

Rewind a few years and Canada was not on my list of possible places to live. Not because of a lack of appreciation for Canada, but rather I’d always felt the pull of other places more strongly. That and Canada is not the most budget friendly place to travel! Asia always has – and still does – pull at my heartstrings, and my desire to head East from Europe had been stronger than my curiosity about what might lie in wait in the Americas.

But that all changed last year.

From the moment Ravi and I met, a move to Canada was on the cards. Several months in to his application for Permanent Residency (PR) in Canada, we decided we could not (or did not want to) handle the idea of being on opposite sides of the world. Weeks of conversations and visa research later, we realised we could both head to Canada. One month later my working holiday visa rolled in. 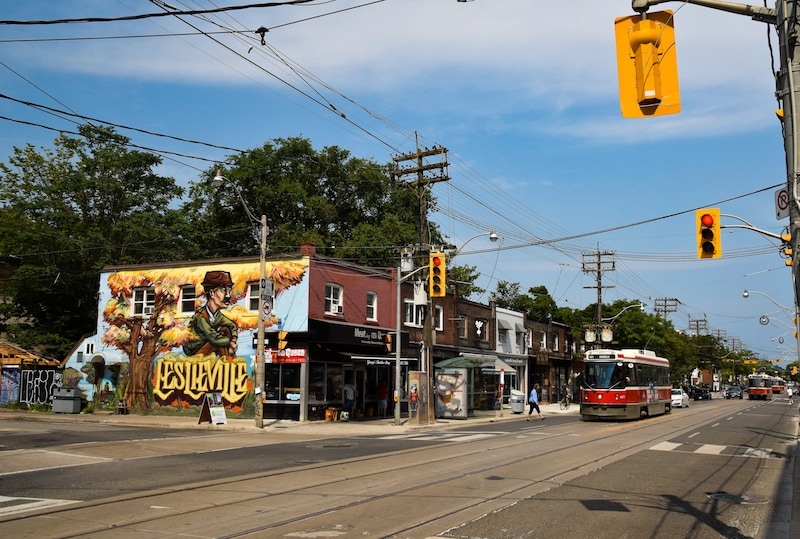 As the temperatures and humidity in summertime Mumbai steadily climbed into sweat-covered-all-the-time figures, we waited eagerly for news of Ravi’s permanent residency, but still nothing. Canada’s immigration website helpfully reminded us that the process could take anything up to two years, meanwhile friends received their visas after six months. After what felt like years of waiting and anxiously hoping his visa would arrive before my Indian one expired, we got the confirmation that his visa had been approved… on my birthday!

Within a few weeks we were leaving Mumbai.

Why Canada? People often ask us. Why come to Canada when it’s the other side of the world for both of you? The short answer is immigration policies. Yes Canada we do love you, but ultimately it is easier for us both to live here than it would be in many other countries, including my home country of the UK. The sad truth is that when you have a G7 passport, the world is your oyster. When you hold a passport from a “developing” country… not so much.

Want to save this post for later? Pin it! 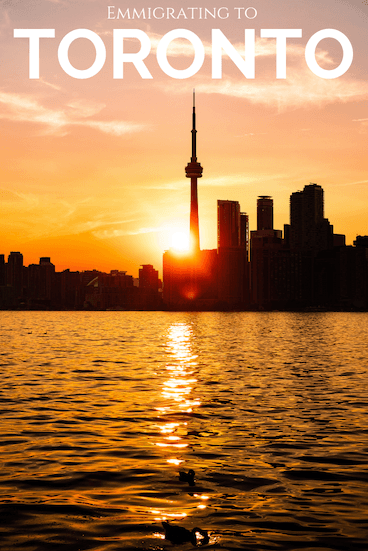 After asking why we moved to Canada, the quick follow up is “Why Toronto?”. For us, that was a head over heart decision. Our hearts called us to the mountains, wild pacific ocean and the west coast of British Colombia, but our heads held us back. Toronto is Canada’s financial hub with most job and networking opportunities, is more affordable than Vancouver (although far from cheap – see below), is English speaking (whereas Montreal is pretty French) – and perhaps most importantly – Toronto is on Eastern Time (making it slightly easier to call home at a humane hour).

Our first impressions of Toronto were not from Toronto itself. Rather we landed in the suburban town of Burlington about an hour outside of Toronto along the shores of Lake Ontario. A friend from Europe – to whom we shall forever be grateful – invited us to stay while we found our feet – and this gave us an opportunity to explore life beyond Toronto’s city limits, which was the perfect introduction to Ontario for us. Reassured by the friendly faces we had met, a few weeks later we moved to Toronto itself. 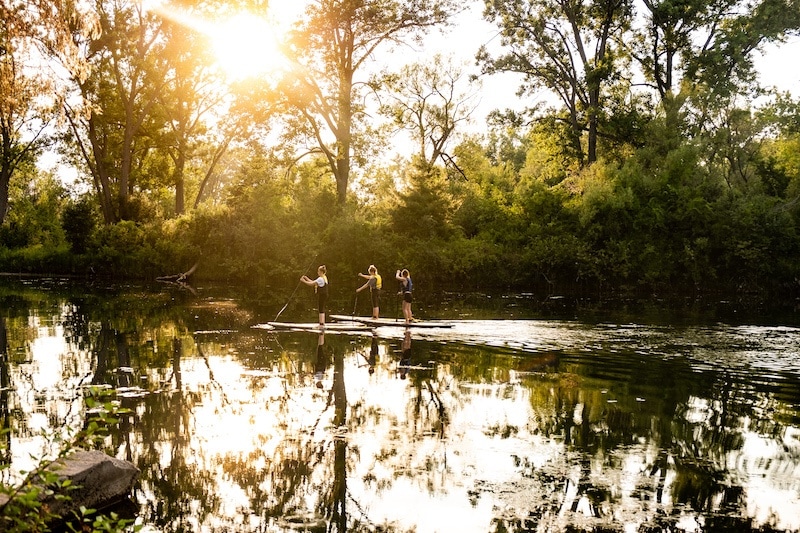 Stand up paddle on Toronto Island

Here are some of our first impressions.

Toronto is an easy city to navigate for newcomers – geographically at least. Following the North-American style grid system, it’s hard to get too lost. Although as we surveyed the quiet streets for places to eat downtown in our first few days, we started to wonder – where is everyone? Where are all the coffeeshops and eateries? We soon found our answer: they’re below street level. Toronto’s downtown core is linked by a sprawling underground PATH system of walkways – linking malls, foodcourts, shopping and more. It’s all part of keeping warm in the brutal winters. Which brings us to….

The Toronto weather. We arrived in Toronto in June, at the height of summer. Coming fearing the bitter winters that everyone had warned us about, we were not quite prepared for summer days of 30 degrees plus! But that’s what we got. We feel we saw Toronto at its best, and that has helped us (a bit) as we sit here writing this in our winter thermals 😉 As for the winter? Ask us about that in six months.

The Toronto people – or Torontonians – we’d been warned could be a little rude, compared to the average more than friendly Canadian. But we were happy to find the opposite many times. Throughout our first months in Canada we’ve been lucky enough to meet warm people inside the city and outside. Streetcar drivers actually wait for you while running for the tram; pedestrians will help with directions with a warm smile, and we landed on our feet by having the loveliest airbnb hosts we could have hoped for. Despite this being a busy city, it’s got to be one of the few places in the world where people will actually say sorry to you if you bump into them. 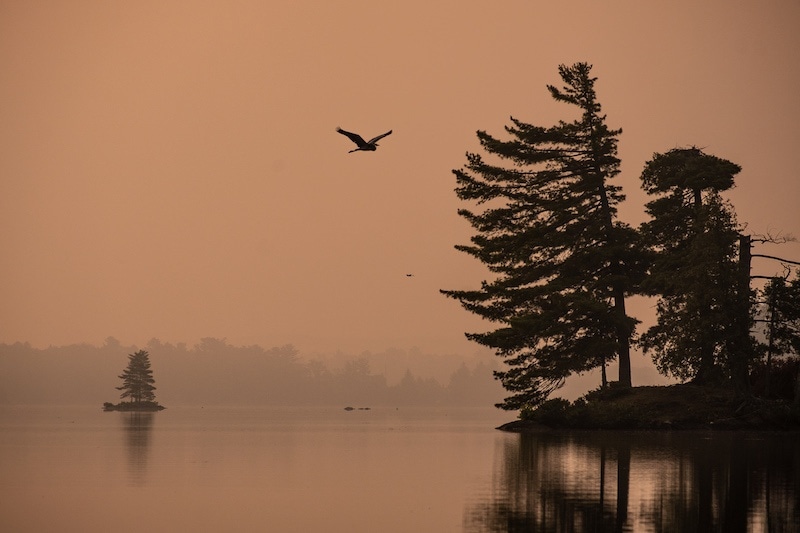 Enjoying the best of Ontario lake / cottage country at sunrise

Advice for those Thinking of Immigrating to Toronto

Amid the soaring heat and honking of Mumbai’s summer, Canada somehow seemed like the “promised land” to both of us – but of course, it’s not. No place is perfect, not even friendly Canada. On grey days we find ourselves wistfully thinking of English cream teas and meditating on Goa’s beaches at Sunrise – or sipping hot sweet chai at streetside stalls.

Here are just a few of the things we wish we would have known about Toronto, beforehand: 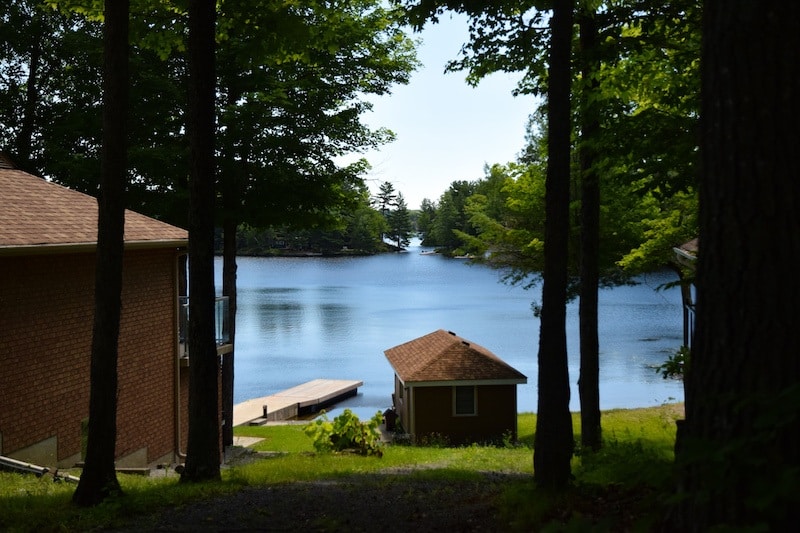 Unless you’re on the big bucks, forget owning a cottage like this! 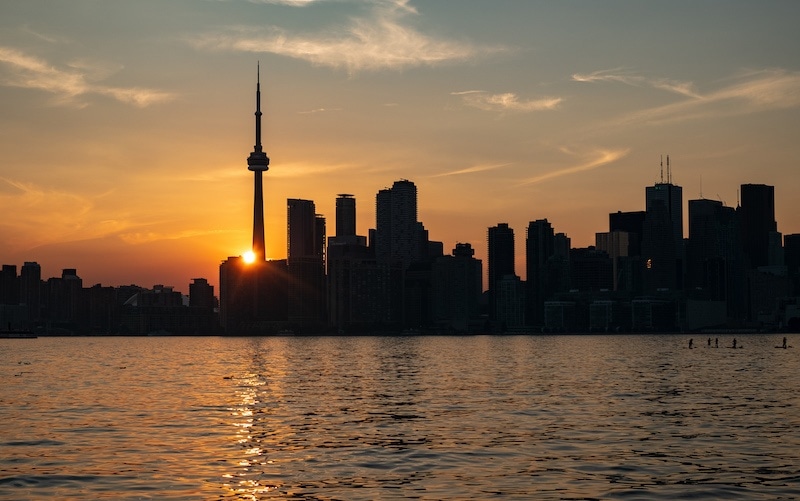 We could get used to these skyline views <3

The End of “Nomadism” – and What’s Next for Soul Travel!

Our move to Canada marks the end of an era for us – for now at least. After two years of travelling with no fixed address, I now have a fixed address again. The change has been welcome – the ideal for both of us has always been to travel with a base rather than without one; but little did I expect that base would be Canada.

During our time here we’ll be doing some long over-due catching up on work, blogging, and developing our business that supports marketing for sustainable tourism and lifestyle companies. We’re both really excited to expand our work and help brands that are focused on making sustainable travel easier and more widespread.

We’re also excited to start exploring Canada further, and beyond into the region of the Americas. We’ve already had our first foray into Costa Rica, which did not disappoint! We hope to be heading out to see more of Canada in 2019 (perhaps when the snow starts to thin 😉 ) – and can’t wait to share stories from those journeys with you.

So now we want to hear from those of you who live – or have explored Canada. Where should we be putting on our Canadian “bucketlists” and why? Tell us more in the comments below!

Transformational Travel: In Search of Something in Costa Rica.

How to Help Protect Endangered Wildlife Through Travel.

Where to Stay in Tofino | Best Tofino...

9 of the Best BC Wellness Retreats

Living in Victoria, BC: The Good, The Bad...

Wow what a big step – I’m glad that you managed to get everything sorted out and are enjoying Toronto!

Hey Ellie, I had no idea you moved to Toronto! Drop me a line and let’s get together and I can show you more of the city that you might now have stumbled over yet.

So lovely to get an “honorable mention” as your airbnb hosts 🙂 It was lovely to have you and Ravi with us and I do hope we stay in touch. The next time you’re visiting the Beach neighbourhood, let me know and maybe we can grab coffee. If you’re all bundled up, we could even take Otis down to the beach for a walk. Yes, winter is here (I was going to say quickly approaching, but these temps are downright frigid and much sooner than expected). Hang in there and be sure to find some winter activities to help you embrace the season – ice skating, skiing, snowshoeing, etc. If you can’t beat it, join it! Love to you and Ravi!

Wow! What a journey! Now I have to stalk the rest of your blog to see the other places you’ve lived, haha. I’m originally from Wisconsin, but weirdly enough, have yet to venture north to Canada. I would love to visit Toronto one day! It sounds so lovely.

What a lovely read! Funny where life takes you…and amazing how you can re-invent and re-build life anywhere in the world 🙂

PS…crazy the injustice of possibility that comes by having a particular passport.

I lived in Toronto for three years and I absolutely loved it.

Congratulations on your move to Toronto. I really love Canada, such a peaceful land.

[…] amongst the great lakes, Toronto gets pretty cold in winter and its residents tend to hibernate (as residents of Toronto over the last year we can vouch for this!) but as soon as the mercury turns red and temperatures […]

[…] massive influx of tourists and Instagrammers alike, there’s far more of beauty in Canada.  After moving to Toronto just over a year ago, we were lucky enough to celebrate Canada Day in the midst of Ontario’s […]