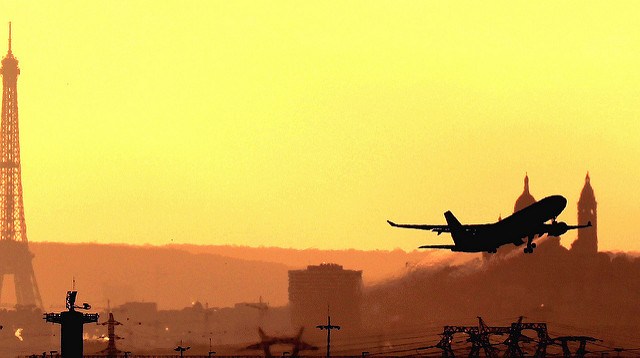 Airline Sustainability: Which Airlines are Best (and Worst)?

As a relatively frequent flier with a couple of different airlines, I must admit that these days I find myself confused.

From sitting in my seat reading about innovation in the frequent flier magazine (in this case KLM’s the Holland Herald) you would think that the green future of aviation had already arrived. That we’d all be flying around in solar powered planes with 360 degree windows, generating zero carbon emissions in a matter of months.  Then I look up, only to realise that they are collecting trash through the aisles and that no effort is going into sorting it for recycling.  Plastic is being thrown in with waste paper and left over food.

Something seems to be amiss.

Whilst one might think that times have been tight for the aviation industry recently, the industry has managed to double in size in the last 10 years, growing from 369 billion dollars of revenue in 2004 to 746 billion at the end of 2014.  The Aviation Industry however remains plagued by low profit margins and large costs, which means that most —if not all— efforts at airline industry sustainability are driven by the desire for cost efficiencies.  Fortunately, reducing fuel consumption meets both of those goals.

Is All Flying Unsustainable?

In short, yes. Given the amount of Carbon released into the atmosphere from airliners, there’s no two ways about this one. There are, however ways to improve your fuel efficiency and reduce your carbon emissions if you do have to fly. Choosing a new, fuel efficient plane such as an A380 or Boeing 787 helps. As does taking a direct flight vs a flight that involves a stop over. Just this year, we saw the world’s first single use plastic free flight.

Given that 80% of carbon emissions related to travel are caused by flying, what is—or is not—done to improve sustainability up in the air not only changes the game for travel, but for of course the planet.

When it comes to aviation sustainability, there are many factors that need to be looked at.

So in an attempt to try and clear up some of the simple facts in this industry (vs the marketing and PR) here I will sum up some of the main sustainability efforts going on in the aviation industry today, and look at which of the big airlines does what, and is there a clear contender for the most sustainable airline. 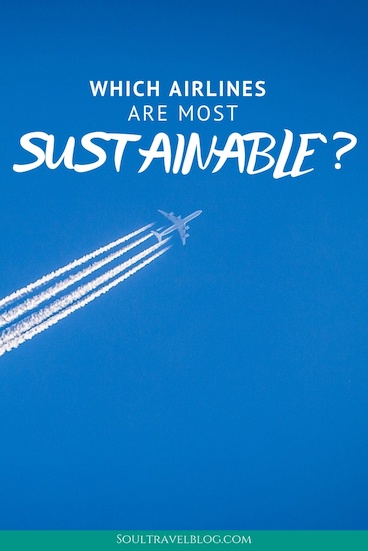 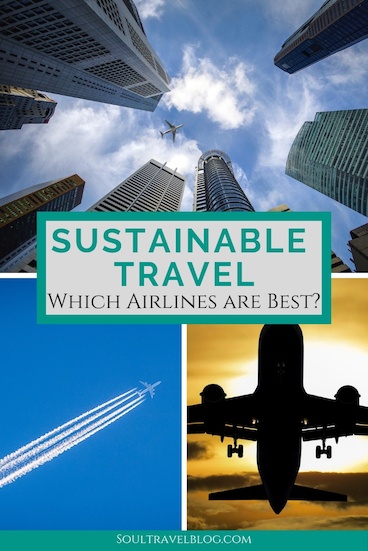 There are a number of factors that go into aviation sustainability – some which have more weight than others. Here are a few that we look at in this article:

Fleet age: Newer fleet, more fuel and energy efficient planes. With advances made for newer aircraft, fuel consumption has been cut in recent models by as much as 20% compared to the older models they replace – with the Boeing 787 ‘Dreamliner’ currently flying the flag as the most fuel economic and “sustainable” plane.  Airbus’s A380 which came out in 2007 cut consumption, by 16%, and carries more people on one flight. Simply put, the younger the fleet, the more fuel efficient it is likely to be.  The research below shows a clear difference between carriers, with Delta currently still having 9 Boeing 747s that are now 24 years old. It’s not just fuel efficiency, but also less power needed for lighting, better air filtering systems and often better use of space.

Despite concerns about carbon offsetting being little more than a marketing ploy, most airlines today do offer their customers the ability to a) calculate the carbon produced as a result of them flying and b) make a donation to offset it, with donations usually being made to organisations developing sustainable energy sources, often in the developing world.  Notably, a few airlines are working with partners that offset carbon in the ‘home’ country with forestry projects being set up, such as British Airways and ANA.

Emirates, take the opposing stance that it should not be the customer’s responsibility to pay to offset their carbon, rather the airline should take responsibility.  And whilst there are few that what disagree with that, most airlines that offer an offsetting programme are also making efforts themselves while allowing customers to contribute if they so wish.  Any additional visibility of our carbon footprints and holds us accountable as individuals for the consequences of our choices is surely good?

Perhaps the biggest shock to me in conducting this research was that not all airlines recycle on board waste such as newspapers, papers, plastic, cups and cans. Even fewer recycle all of those types of waste on all routes. It seems the industry is lagging behind what we take for granted in our day to day lives, that all of these types of waste can be recycled.  With the main ‘excuse’ being facilities at airports, it’s about time that this became standard practise.

Investment into alternative types of Fuel:

Though the topic of biofuel is not controversy-free, it is exciting to see that the industry is taking steps to move away from standard jet-fuel and 3 airlines have already conducted commercial flights using partly bio-fuel.  KLM in particular is focusing on innovation in this area and is the airline who has conducted the longest test flights using biofuel.  Whilst there is no doubt that this is cost driven (with jetfuel costs making up a huge chunk of airlines’ operating costs), if biofuel can be produced sustainably then this is a very positive step for the industry. Disappointingly, Emirates (least affected by oil prices due to plenty in their region) is doing little to nothing in this arena – further reiterating the cost-action dynamic.

How the Airlines Measure Up

Sources, unless otherwise stated are from the airlines’ self-published Corporate Social Responsibility reports, for year 2014-15.

*no info: the Chinese airlines’ sustainability reports are not available in English.

The research clearly shows that whilst there may be no black and white answer to who are the most sustainable airlines, there is a clear demarcation between those that are leading the way in innovation in this arena and those who are lagging behind.  European carriers like AirFrance KLM and Lufthansa are light years ahead in some aspects, whilst in general US carriers have old fleets and have much to do in terms of catching up.

The aim of sharing this information is to help us make more informed decisions about who we chose to fly with.

Why in the Age of Overtourism, it’s More...

7 Eco-Friendly Travel Tips You Should Know Before Your Next Vacation – Ketepaultals – Blog,News,Business,Health March 15, 2018 - 9:26 pm

[…] traveler before you even hit the terminal. Riley suggests when booking your flights, check out airline sustainability reports to choose the most environmentally friendly airline headed to your destination. "I’m a […]

Reply
What Are the Most Sustainable Airlines? A Breakdown of Major Airlines’ Sustainability Policies - The Mindful Mermaid April 15, 2019 - 12:16 pm

[…] Airline Sustainability – Which Airlines are the Best (and Worst)? […]

[…] a huge 80% of all carbon emissions created by the travel and tourism sector. What to do? Not all airlines are equal when it comes to their impact: Choose newer planes, direct flights vs layovers, and take the train, […]

[…] truth is that not all airlines are made equal. Where possible, choose airlines that use newer planes (more fuel efficient), offer carbon […]